128 or 256 GB is never enough when you’re in love with your smartphone’s camera, right? The SD Association brings the best news at MWC Shanghai 2018 for storage fanatics – it’s called SD Express Standard.

Next year, the legacy SD interface will get the popular PCI Express and NVMe interfaces, which translate to much bigger storage and much faster transfers. Just how so?

As for transfer speeds, video enthusiasts shooting in 8K or 360 degrees will rejoice to hear that the PCIe interface will deliver up to 985 MB per second transfer rate! 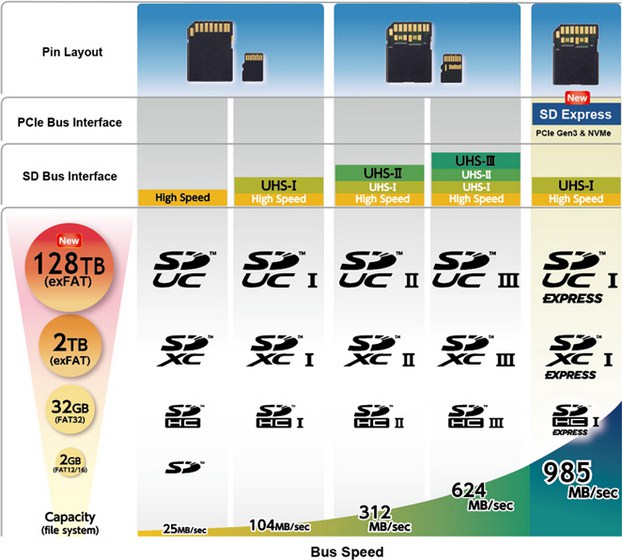 You can read more about the tech specs in the whitepaper, here.