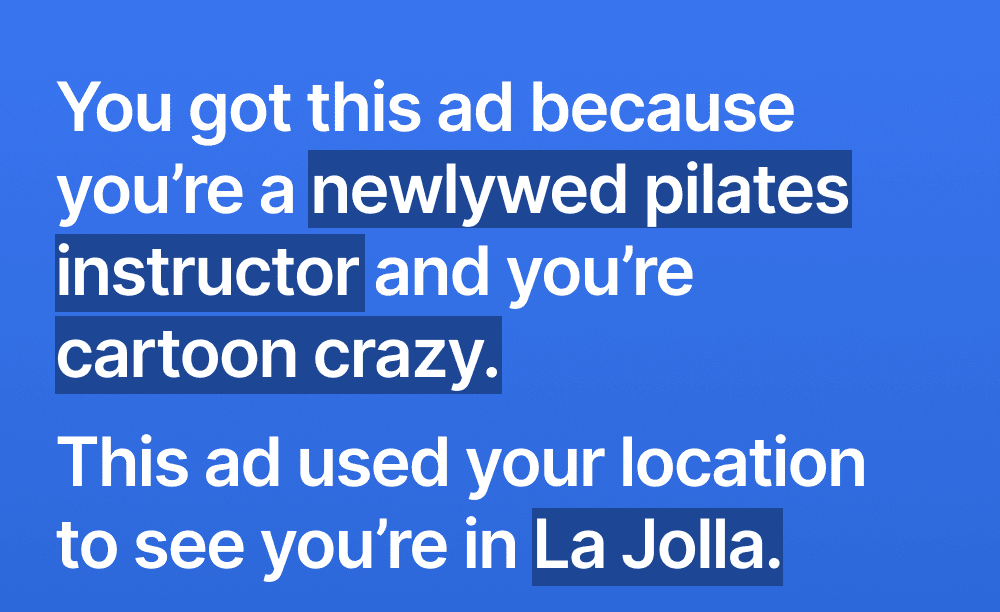 Signal has been a preferred alternative to intrusive messaging apps for a while now thanks to its security measures. In fact, many Whatsapp users switched to Signal when the app announced a controversial privacy policy change. Now, Signal wants to make its stance towards advertising and privacy even clearer by exposing Facebook’s use of data in targeted advertising.

In a recent blog post fiercely titled The Instagram ads Facebook won’t show you, Signal published Instagram-style posts that expose the type of data Facebook collects from users. Even though this is hardly a secret, the fact is many Facebook users can’t name exactly all the categories of information the platform employs to create targeted ads.

So, Signal made sure readers and users got a clear picture of exactly what’s happening on Facebook. Moreover, the social messaging app claimed it used Facebook’s ad tools to come up with the posts.

Facebook is more than willing to sell visibility into people’s lives, unless it’s to tell people about how their data is being used.

How did Facebook respond? By disabling Signal’s ad account. According to them, quoted by Engadget, this was nothing more than a “stunt by Signal, who never even tried to run these ads.” Plus, disabling the account was a necessary measure since Signal had a payment issue.

Of course, Signal views things differently: “Being transparent about how ads use people’s data is apparently enough to get banned; in Facebook’s world, the only acceptable usage is to hide what you’re doing from your audience.”

Banned or not, Signal succeeded in getting across their message: Facebook knows more than just your location and job.

On the other hand, Signal is an NGO, as the app is part of the Signal Foundation. It’s also end-to-end encrypted (including metadata) and since 2016, it gives users the opportunity to send disappearing messages. Their replies last as little as five seconds or as long as one week.

After the death of George Floyd, it also became the main platform to communicate for protesters and in a week, gained 78,000 new users. In its mass adoption, the support of key people in tech like Jack Dorsey and Elon Musk mattered too.