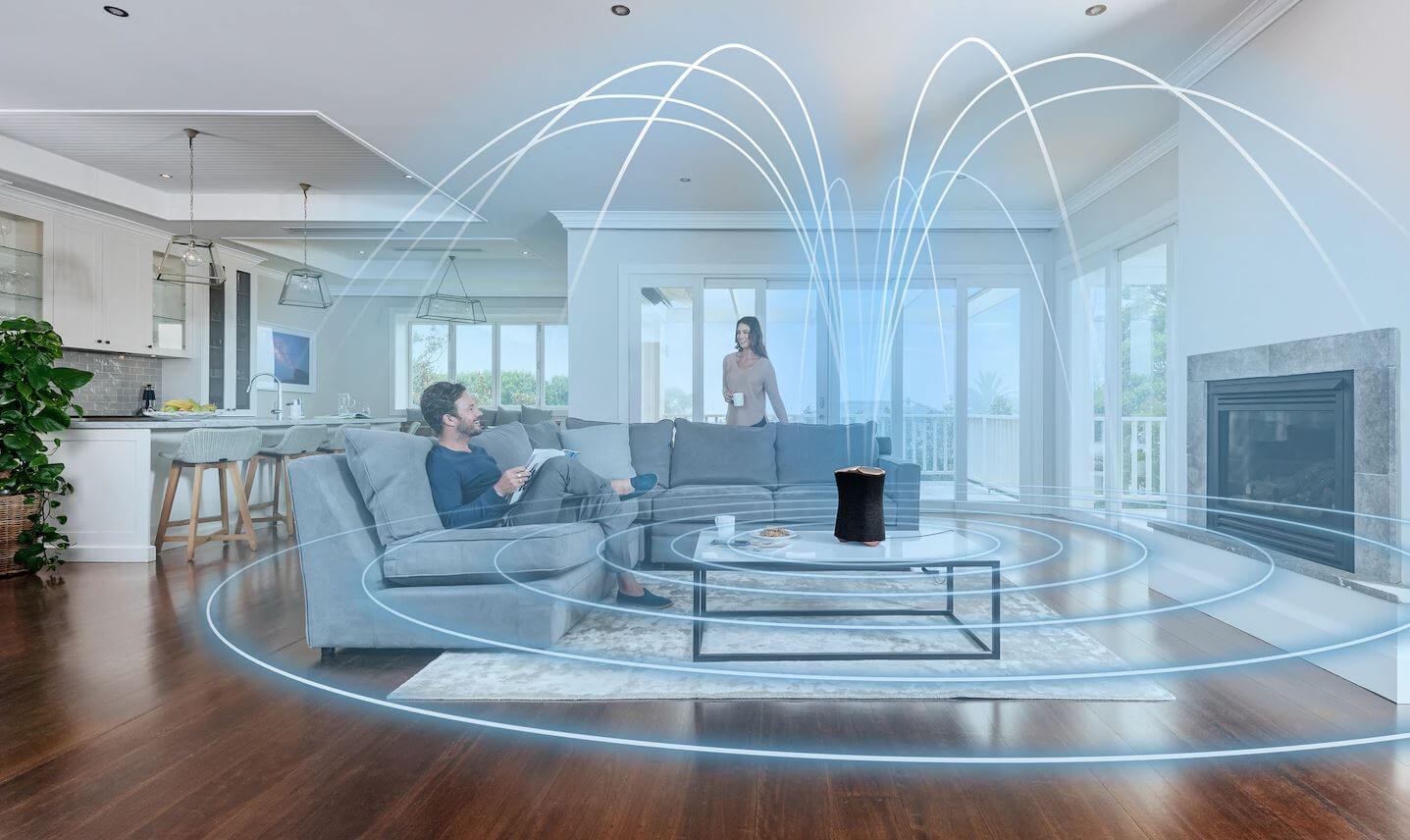 For CES 2021, Sony debuted two new wireless speakers, both with a bold design and 360 Reality Audio for better immersion.

The star of the line-up is the Sony SRS-RA5000, which looks totally different from what you usually see in stores thanks to the trio of speakers on the top.

These speakers, finished in copper or silver based on the color variant you choose, fire audio upwards to give music a sense of height and depth and work with three other middle speakers for horizontal sound – so every song you choose should sound 360!

The built-in sub-woofer in the Sony SRS-RA5000 supports Sony 360 Reality Audio, a feature that means you can hear every song as if each instrument was placed around you in a sphere.

To account for different home shapes and sizes, the Sony SRS-RA5000 comes with a Sound Calibration and Auto Volume feature that automatically adjusts music based on your room.

Of course, all of this won’t come cheap.

Come February, when it launches, the Sony SRS-RA5000 will set you back £500 (around $700), even more expensive than Sonos’ premium offerings.

If you want to get a Sony speaker but not invest that much, there’s the other one introduced at CES.

The Sony SRS-RA3000 keeps the 360 Reality Audio, Sound Calibration, Auto Volume and connectivity options of the more expensive speaker but brings the price down to £280 ($360).

It doesn’t have the top tweeters or the support for Hi-Res Audio, which means it looks a bit different.

On the upside, this one is humidity resistant, so you could use it in the bathroom when relaxing in the tub.

Oh, and in case you missed it, Sony makes drones now too!