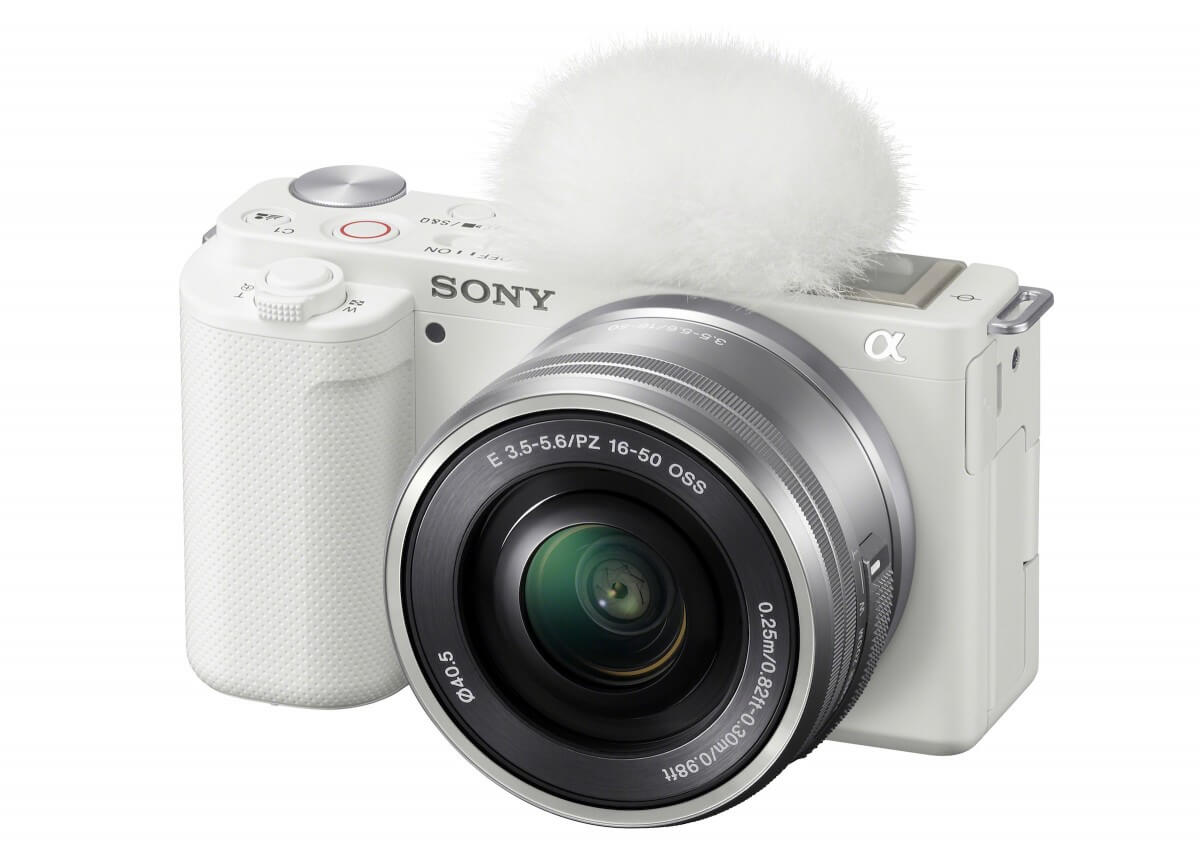 Sony ZV-E10 Was Made With Vloggers in Mind

Thinking about starting your own YouTube channel? Or doing more vlogs than fixed shots? Then, the latest mirrorless camera from Sony is definitely a must-see. The ZV-E10 keeps the best features of ZV-1 while crossing into A6000 territory.

Sony ZV-E10 is from the get-go as versatile as a normal mirrorless camera and with a serious sensor under its hood. The larger 24MP APS-C sensor will help bring in more light and deliver sharp 4K videos but expect plenty of rolling shutter.

Handheld shooting is not going to be a problem with this dedicated camera for vlogging thanks to active EIS and OIS (through separate lenses).

Another thing you’ll love about this camera – besides the modern white flavor – is the size, smaller than an A6000.

Besides that, the Sony ZV-E10 has several amazing features for vlogging:

It’s Sony’s first APS-C mirrorless camera that has a flip-out screen which, let’s face it, it’s pretty crucial for anyone doing vlogs.

With this feature enabled, you can get time-lapse and slow-mo footage directly in-camera, no fancy post-processing program needed.

The product showcase setting is targeted specifically to creators that make reviews more than anything else, enabling them to focus away from the face and onto an object held in front of the camera.

Now, the bokeh switch defocuses the background as much as possible, allowing the vlogger to be in focus at all times. That’s great when you’re filming in a very busy area with lots of subjects of interest.

The built-in mic has left, right and central channels so it can pick up your voice above others in all conditions.

Now, this is perfect for outdoor videos! This accessory will help vloggers with their audio by blocking wind noise. Plus, there’s also a wind noise reduction setting that will help greatly.

Motion Sonic, Sony’s Controller for Musicians, Is Now on Indiegogo

There’s only one SD card slot on this camera and your battery will get you 80 minutes on a charge. You’re also in luck if you do a lot of livestreams as the camera can connect directly to a phone or stream to YouTube and other services natively.

Sony ZV-E10 Was Made With Vloggers in Mind