SpaceX Launches Starlink 'Satellite Train' - Here's How You Can See It 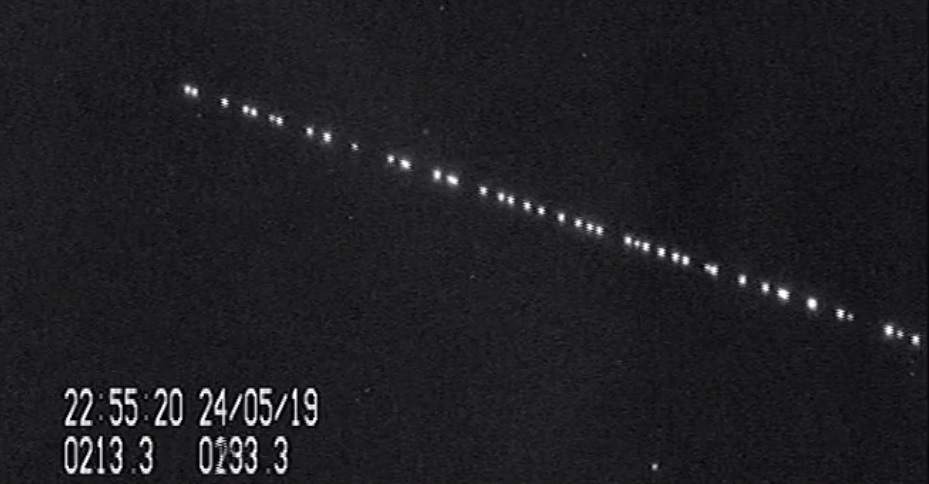 SpaceX has successfully launched its first batch of 60 internet-beaming satellites into space on May 23rd.

The Falcon 9 rocket that delivered them subsequently touched down on a floating platform in the Pacific Ocean, adding another milestone under the company’s belt: its 40th booster recovery.

The satellites are currently orbiting at around 273 miles (440Km) in orbit and they are actually visible on the night sky, if you know where to look. They appear like a train made out of faint stars with a magnitude of +4 to +5 range (a +6 is usually the threshold the naked eye has under a dark, but clear sky).

The easiest way to see the Starlink satellites is to access CalSky, an online satellite pass calculator that will provide you with a viewing schedule for wherever in the world you might happen to be.

Of course, to get a good view, you should position yourself in a location as dark as possible, which might prove to be a bit of an issue if you live in a metropolis.

The satellites are quite faint so scanning the sky with binoculars or, of course, with a telescope, should help but you should also keep in mind the angle the reflected sunlight will strike the satellites at the hour you choose to chase them across the night sky – that’s the bit that will allow you to get a better view.

Astronomy, even at its most basic levels, does involve a little work.

Even so, with a bit of adjusting and patience, you’ll definitely get to see them, sooner or later.  The satellites are the first part of the Starlink megaconstellation, which SpaceX hopes will prove internet coverage to the entire world and will reach a total number of 12,000 satellites.