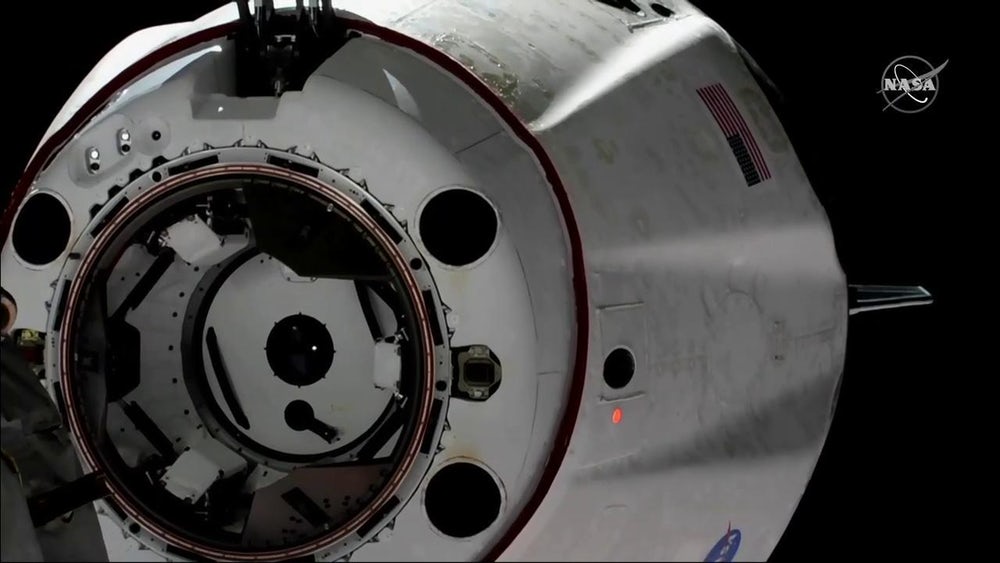 The Crew Dragon capsule has gone through a successful docking test with the International Space Station and subsequently spent a week with the astronauts on it, after it had delivered a sensor-packed dummy- named Ripley after the iconic Alien franchise heroine- around 450lbs worth of cargo and a Little Earth plush toy that acted as a zero-g indicator.

While the Little Earth stayed with the astronauts on the ISS, the Crew Dragon had to go – carrying around 330lbs worth of experiment results and gear, Space X’s Crew Dragon capsule got ready to return back to Earth for the final stage of its mission.

At 8:35 a.m EST on Friday, the Crew Dragon deployed its parachute and landed into the Atlantic Ocean, just off the coast of Florida. After the landing, it was retrieved by the company’s Go Searcher recovery ship.

The goal of this mission was to test that the capsule’s in-flight systems would perform as intended and if it could dock with the ISS by itself, among other things, all of which would ensure that the capsule would be capable of carrying a human crew in the near future.

Considering everything has gone according to plan so far, the odds that NASA will green-light SpaceX to carry two of its astronauts to the ISS are getting higher with each milestone.

Next in line is a test that will take place in June and will target Crew Dragon’s emergency escape system. If a serious problem was to occur during launch, this system should, in theory, get the capsule to safety.

To really make sure the capsule is capable of handling a lot of stress and then some, the capsule that the test will be carried on is the same one that has now landed back on Earth; of course, the Crew Dragon will be refurbished before its next test mission.

“For the first time, we’ve gotten to see an end-to-end test, and so now we’ve brought together the people, the hardware and all the processes and procedures, and we’ve gotten to see how they all work together, and that’s very important as we move toward putting people onboard” NASA astronaut Mike Hopkins has said. Worried about his other fellow astronauts, inanimate or not, he added he is “personally, very anxious to hear how Ripley is feeling after they pull her out of the capsule and get her onto the recovery vehicle.”

If all the upcoming tests will also prove to be successful, we might see the crewed flight take off as early as July: NASA’s Bob Behnken and Doug Hurley will be on board of the Crew Dragon that time around, which will ferry them to the ISS and back.

Once the two astronauts will land safely, it’s expected that contracted missions with the capsule, which will carry four astronauts at a time, will become a regular occurrence.