The bane of marketing departments everywhere hoping to keep devices secret until launch, Evan Blass, just blew the lid on what TCL will announce at IFA 2019.

According to Blass, TCL will debut the TCL T1 mid-range smartphone at IFA, a 6.53-inch offering with a full HD+ display and mid-range specs.

The TCL T1 is said to feature a full HD+ display with a 24 MP selfie camera in the cut-out.

On the back, the triple setup consists of a 48 MP sensor, a 16 MP ultra-wide sensor with 123-degree field of view and a 2 MP depth sensor. 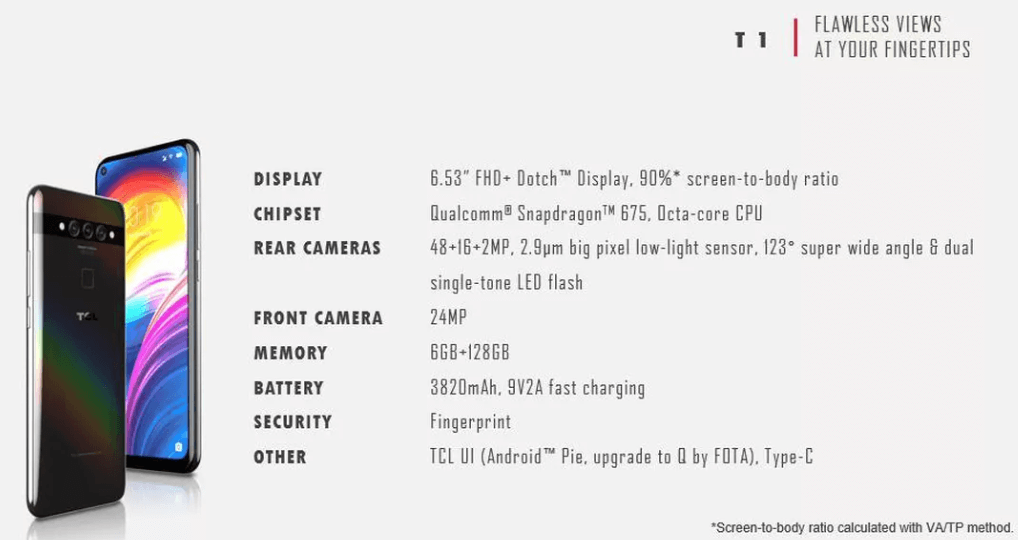 Under the hood, the TCL T1 pairs a mid-range Snapdragon 675 with 6GB of RAM and 128 GB of storage, while the whole package is powered by a fast-charging 3,820 mAh battery.

However, the best part of the TCL leak is not necessarily this device, which looks nice but doesn’t really push the envelope.

What Evan Blass shared was a roadmap of the Chinese company’s 2020 plans, a roadmap that includes TCL foldable phones and TCL 5G phones.

The company already showed off a few foldable phone prototypes at MWC 2019 (one of them pictured above), demo-ing its DragonHinge technology, so it makes sense that they’d move forward with the 2020 device, dubbed the “FLEXTAB”. 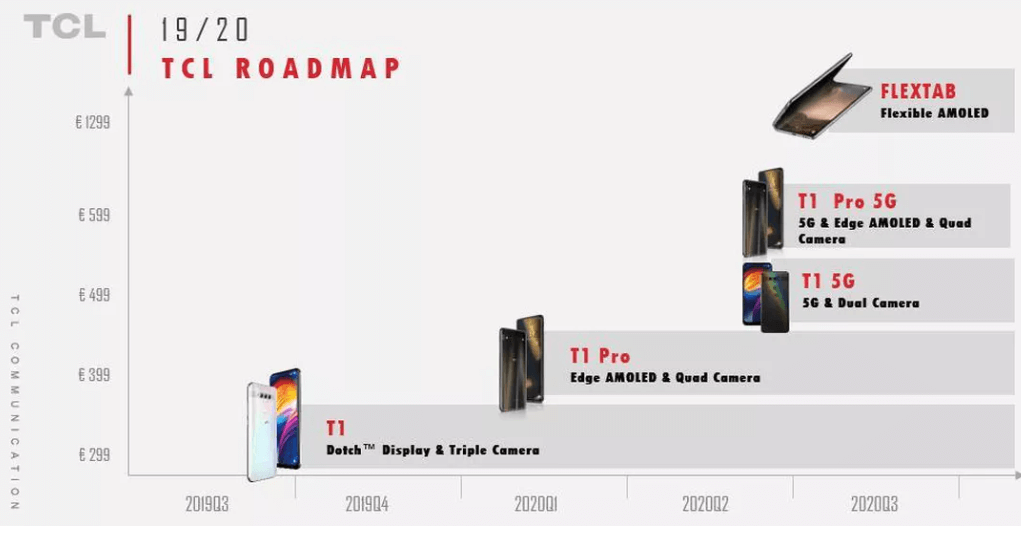 The same roadmap displays a TCL T1 Pro version of the device to show up early next year, one that will have an “Edge AMOLED” display and four cameras on the back. Then, the T1 line will extend with 2 5G models, one with a dual camera and another a 5G TCL Pro 1.

All in all, TCL seems to be moving quite fast with their smartphone plans, especially for a company mostly known for TV sets.

With so many announcements and leaks coming from everyone ahead of IFA, it’s clear TCL is going to be one of the biggest presences in the showroom.

Stay tuned, we’ll get there and report back the most exciting developments.