Test That Detects Cancer in 10 Minutes Developed By Australian Researchers 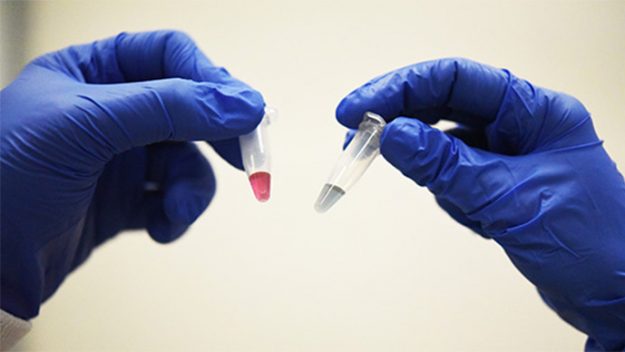 Australian researchers Dr. Abu Sina, Dr. Laura Carrascosa and professor Matt Trau from the University of Queensland have developed a groundbreaking cancer test that can detect the illness from blood or biopsy tissue in just 10 minutes.

Since cancer is a very complicated disease and manifests in different ways, it’s hard to identify the cell structure that’s distinct from the healthy cells but otherwise common to all cancers. Australian researchers though managed to do just that and identify a unique DNA nanostructure. 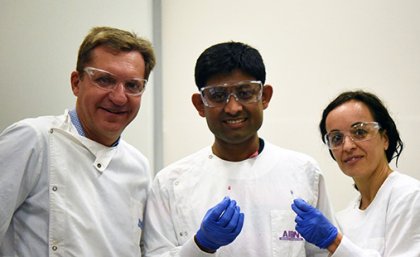 “This unique nano-scaled DNA signature appeared in every type of breast cancer we examined, and in other forms of cancer including prostate, colorectal and lymphoma. “,  Dr. Abu Sina said. “The levels and patterns of tiny molecules called methyl groups that decorate DNA are altered dramatically by cancer – these methyl groups are key for cells to control which genes are turned on and off.”

The researchers developed a tool that is capable of looking at the pattern changes across the entire genome level in minutes. The methyl groups are spread all over the genome but the genomes of cancer cells are not just completely barren but they also only feature the methyl clusters at specific locations.

These clusters of methyl groups, once placed in a solution, made the cancer DNA fragments to fold into three dimensional nanostructures that can be separated by being stuck to solid surfaces like gold.

“We designed a simple test using gold nanoparticles that instantly change colour to determine if the 3D nanostructures of cancer DNA are present,” Professor Trau stated. “So we were very excited about an easy way of catching these circulating free cancer DNA signatures in blood.”

The team does not go as far as to say that this will be the ultimate cancer diagnosis technique but the tech behind it is inexpensive and does not require complex equipment like DNA sequencing so, while the team is humble about the results of their research, we truly want to give them a round of applause.

The researchers’ paper was published in the Nature Communications journal, if you’re interested in having a read.