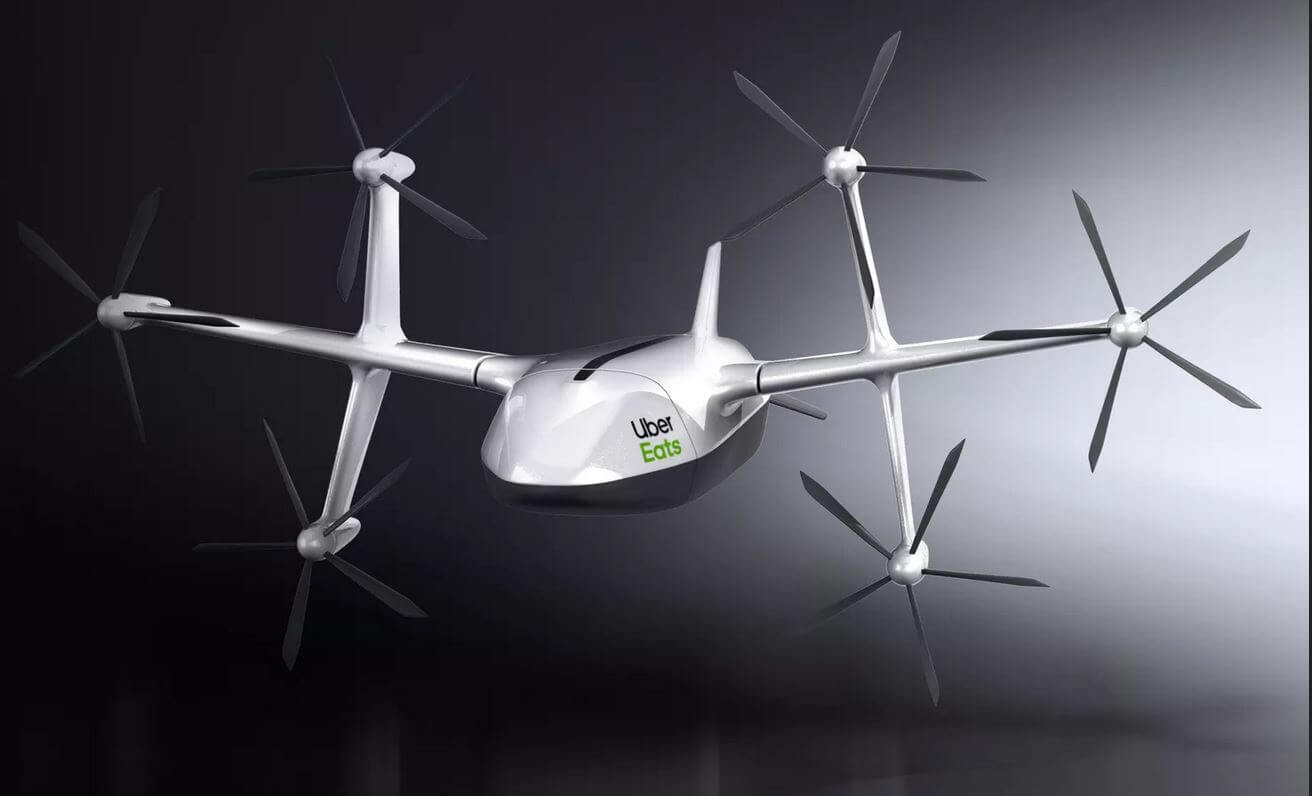 It’s no secret that every major tech player and their mom are looking at delivery drones as the next frontier for their business and customer convenience, and Uber is no exception.

On Monday, Uber took to the Forbes Under 30 Summit stage in Detroit and Eric Allison, head of Uber Elevate, revealed the Uber Eats delivery drone that will launch next summer.

This new delivery drone will be part of an Uber Eats test project next year that was unveiled earlier this year.

Its six rotors start off in a vertical position for takeoff and landing but rotate into forward position for increased speed during cruise flight, a different design from the concept released at Uber Elevate.

As The Verge reports, the FAA already cleared this drone for the tests and allows it to cruise at below 400 feet in order to comply with existing drone rules.

However, the Uber Eats drone won’t be showing up at customers’ doors or windows, because it has a narrower purpose.

It can carry food for two customers but only on a 12 miles long route, including going to the restaurant and back and has just 8 minutes to do so, including loading and unloading. Without a delivery, its flight range will extend to 18 miles.

Because of these limitations, the Uber Eats drone will be used to pick up food from restaurants and then drop them off to the courier for the last leg of the journey.

That way, the food should end up at your front door faster (and hotter) than by using the courier for the entire trip.