US Authorities Seized OnePlus Buds At The Border, Thought They're Counterfeit Apple AirPods 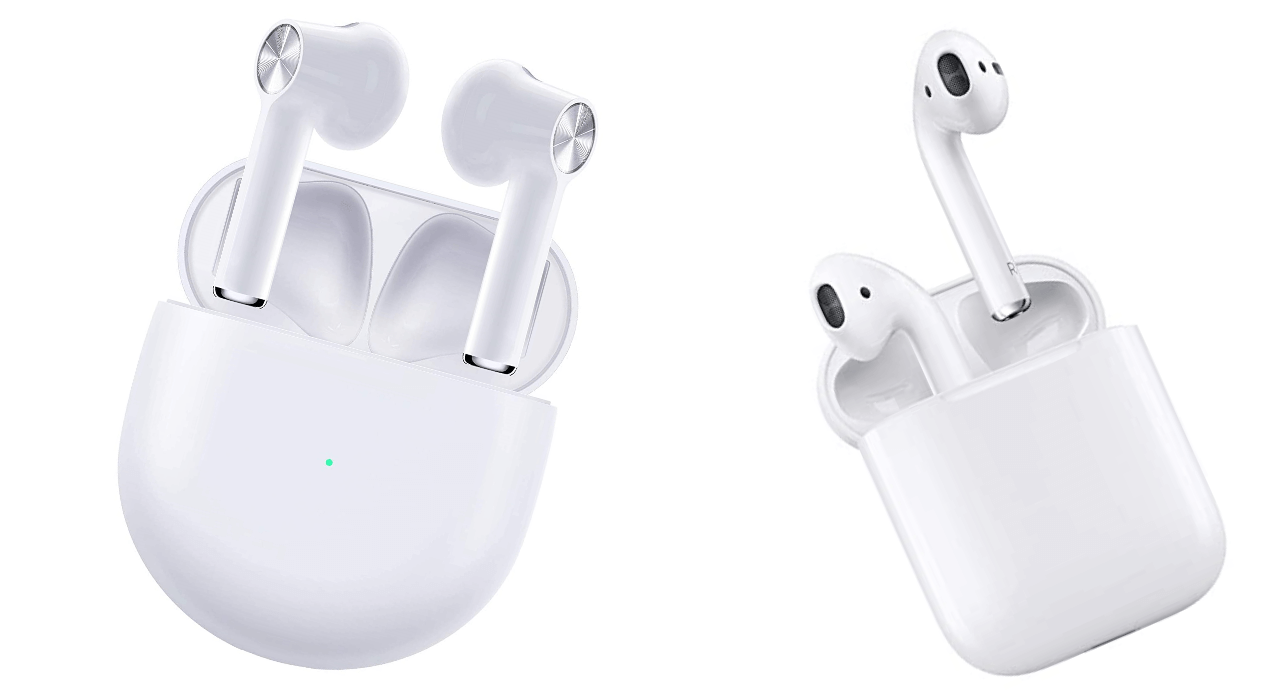 Do you think the OnePlus Buds (left) look like Apple AirPods (right)?

So do the US authorities, who confiscated thousands of them, thinking they’re counterfeit Apple AirPods.

On Friday, The U.S. Customs and Border Protection sent out a press release bragging about a seizure of 2,000 of the “counterfeit” Apple AirPods.

“CBP Officers are protecting the American public from various dangers on a daily basis. The interception of these counterfeit earbuds is a direct reflection of the vigilance and commitment to mission success by our CBP Officers daily,” said Troy Miller, Director of CBP’s New York Field Operations.

The earbuds in question are actually OnePlus Buds. 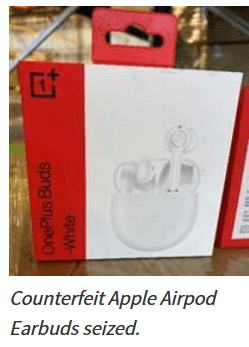 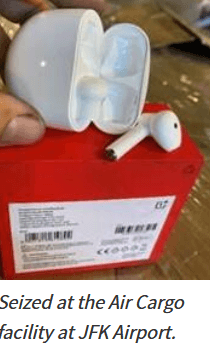 As you can see in the photos accompanying the press release, the supposedly counterfeit Apple AirPods are actually OnePlus buds, clearly packaged and branded.

They also doubled up, tweeting the press release with a “THAT’S NOT AN 🍎” quip.

OnePlus USA was pretty amused by the whole situation, firing a tweet in response and asking the border officers to “give these back”. 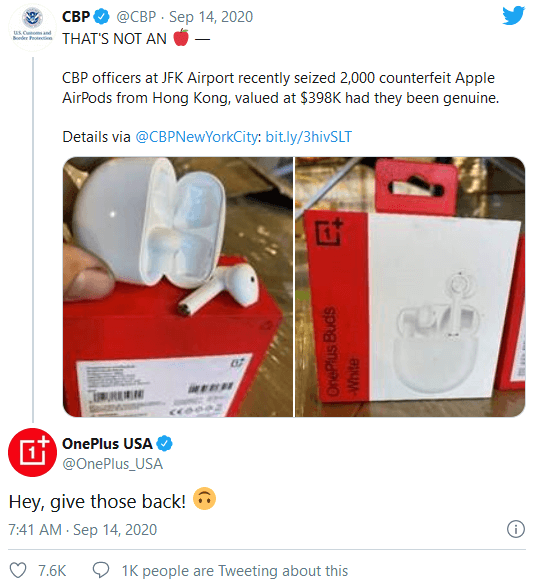 Up until now, the CBP has not issued a statement about giving them back, nor did Apple take the bait and respond with a wisecrack about the design similarities.