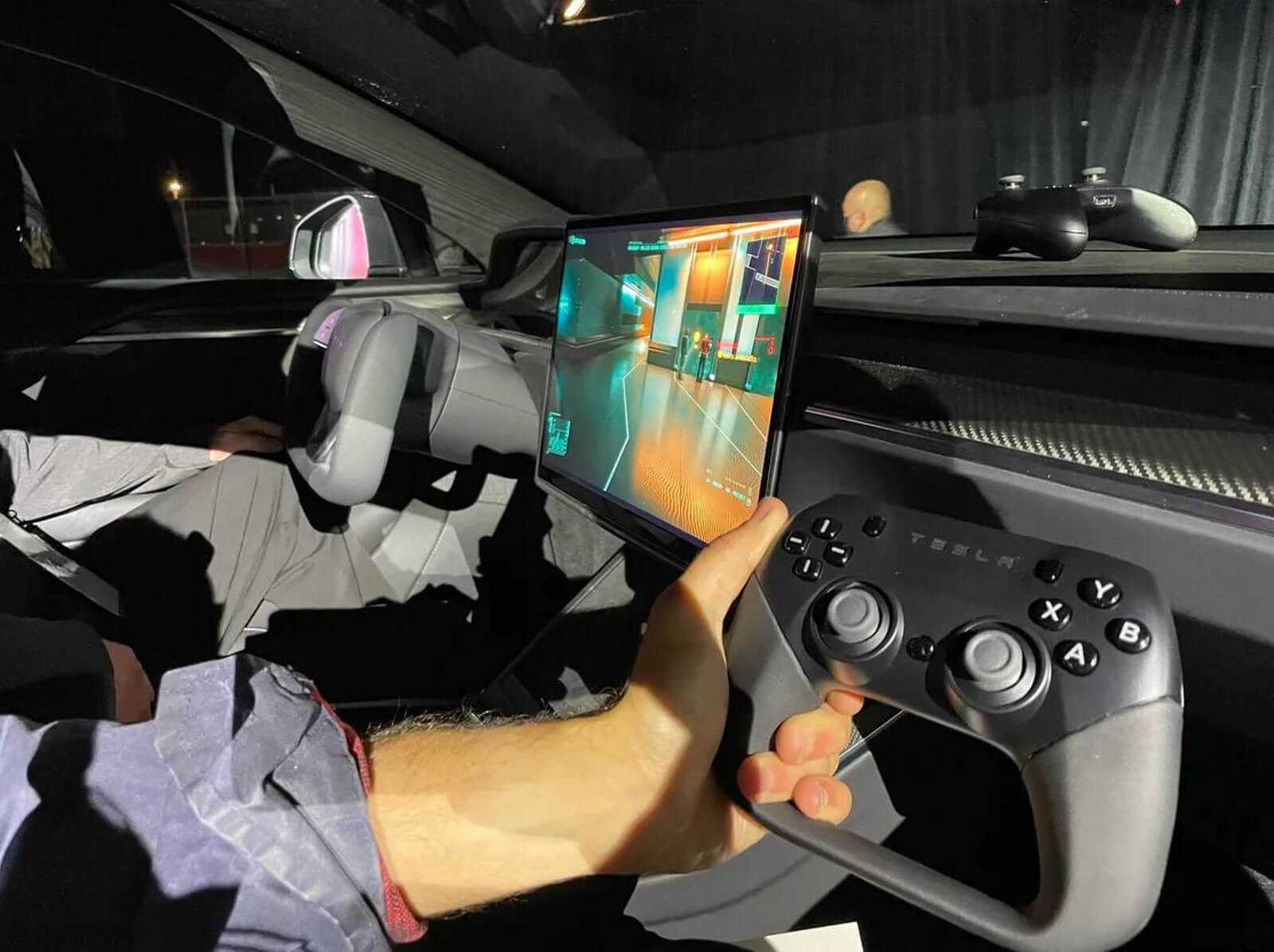 Musk ran Cyberpunk 2077 on the Tesla infotainment system, which is powered by an AMD Ryzen processor and an AMD RDNA 2 GPU.

Musk started teasing earlier that the new Model S Plaid would be capable of running Cyberpunk 2077 but few expected a car console to be able to emulate an actual gaming console.

“There’s never been a car that has state of the art computing technology, state of the art infotainment where this is literally at the level of a PlayStation 5,” said Musk during the demo event, which showed off Cyberpunk 2077 actually running at 60 fps.

AMD announced during Computex 2021that it will provide Tesla with 10 teraflops of RDNA 2 power, making the new Tesla Model S and X capable of running the most demanding games of nowadays, from Cyberpunk 2077 to Witcher 3 …and even future games!

One recent job posting by Tesla might indicate that the company is planning to launch its own Tesla games developed in-house.

Just check out this tweet and see for yourself – not just the job posting but the first ever Tesla controller for games!

Of course, Linux is not necessarily a platform known for games, but the news is exciting nonetheless.

Can you imagine playing console and PC games in your car, whenever you’re waiting to pick someone up?