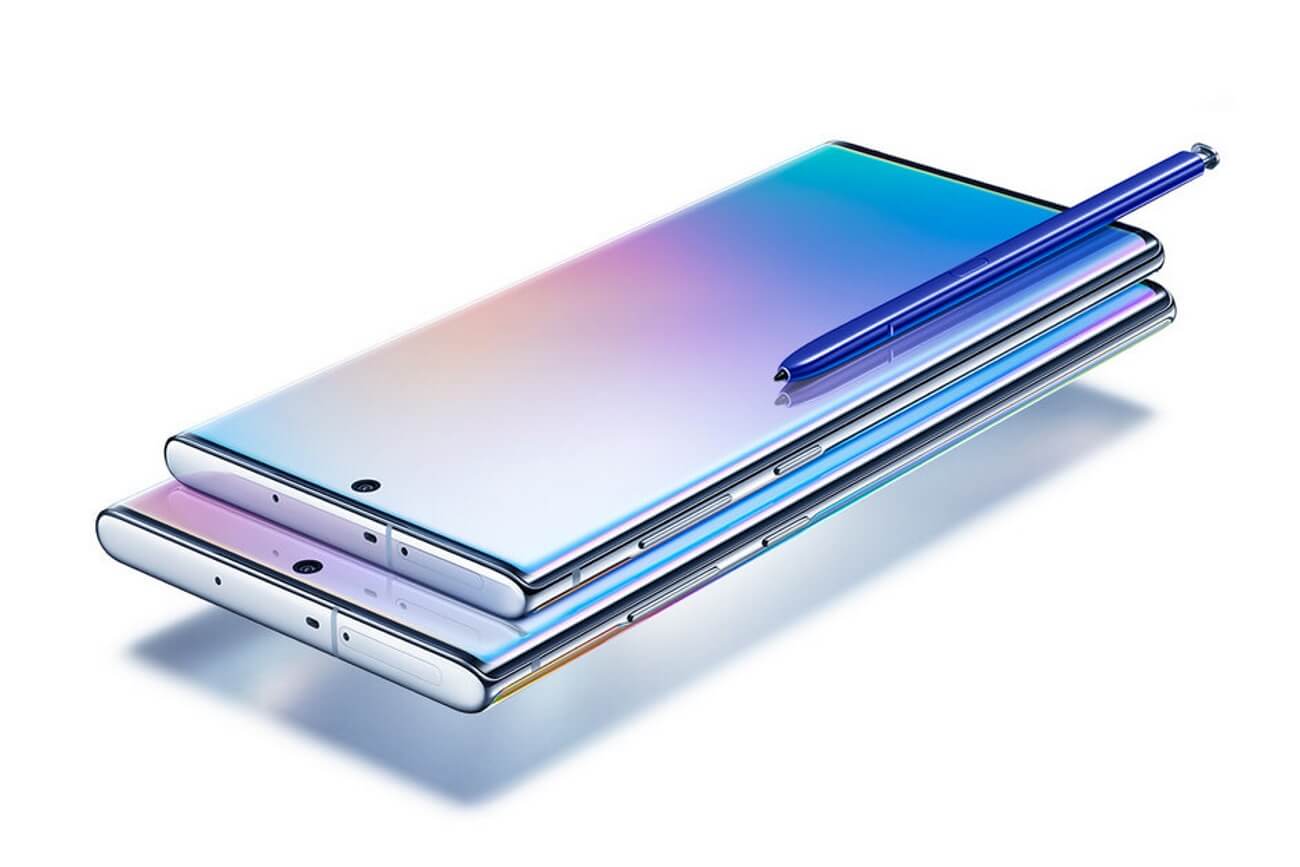 Samsung is in the habit to launch a new smartphone in this series in the second half of the year and there were plenty of leaks about the Note 10.

Now, all that is over, as the Samsung Galaxy Note 10 was officially announced. Or should we say were?

What’s with the Plus?

Both displays do have in-screen fingerprint readers, so unlocking is very convenient.

And yes, there are three Note 10 smartphones and not one single headphone jack in sight, as we’ve known for a bit thanks to…a dongle leak of all things. 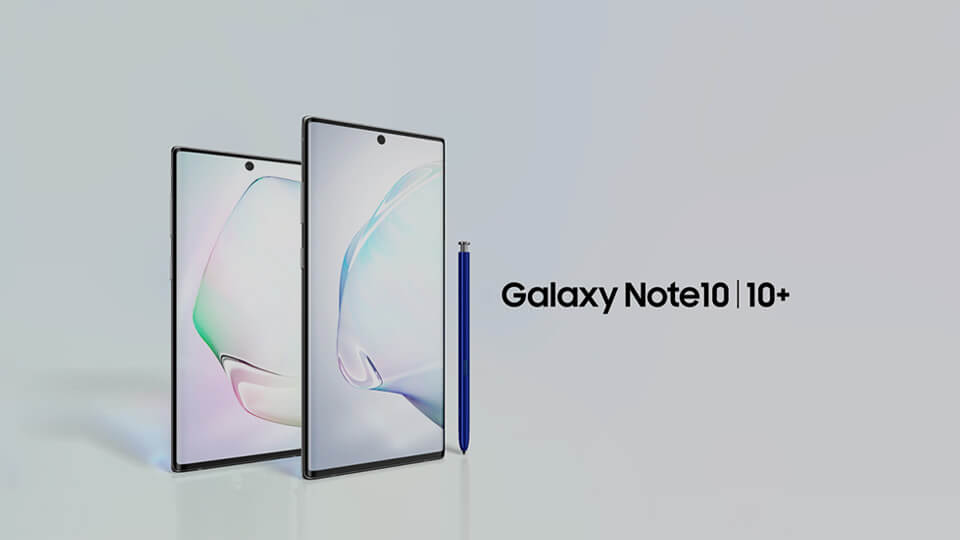 Coming back to the good news, because that lack of a port can be fixed by a USB-C to 3.5 mm adapter included in the box, here is what you can expect from these devices.

Both the Note 10 and Note 10 + share the flagship Snapdragon 855 processor and a 10 MP f/2.2 aperture selfie camera housed in a punch-hole cutout.

Upgrade to the Note 10+ will get you another sensor, a VGA DepthVision with f/1.4 aperture and  72° FoV.

That storage can be expanded up to 1 TB with a microSD card, essentially turning the phone into a mini laptop.

The Note 10 series might have given up its traditional 3.5 mm jack but the stylus is still there for the fans.

The Note 10 gets an improved S Pen with plenty more features and a gyroscope and accelerometer. 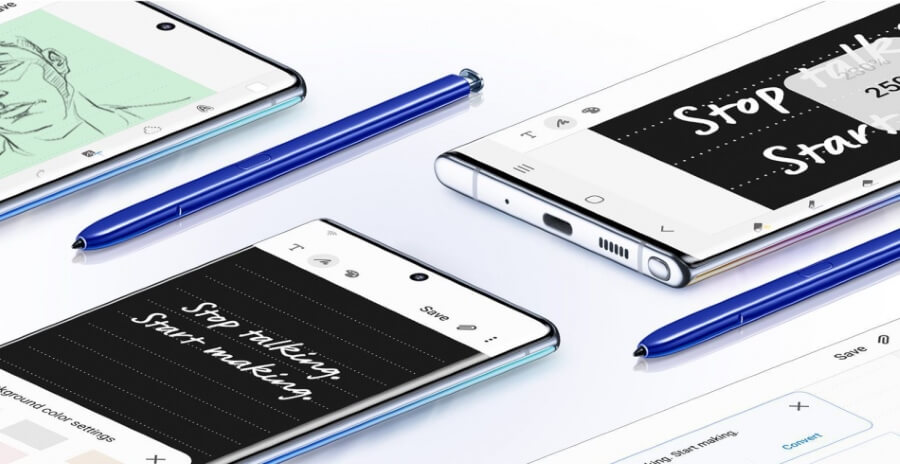 Using so-called Air Actions, you can point the S Pen at the phone to control the camera modes, zoom and shutter button.

A novel addition is the Air Doodle feature which lets you, as the name suggest, draw cartoon features over people in the camera’s frame in real-time.

For those who will buy the Note 10 or Note+ (with or without 5G) for work, not fun, the S Pen was designed with the Note 10’s new video editor in mind, allowing granular control over timeline items and cuts in the Gallery app.

And speaking of software, Samsung also spent quite some time talking about its Microsoft partnership. The Note 10 lets you toggle Microsoft’s “Your Phone” Windows 10 feature from quick settings.

Gamers also got a nod, with the possibility to stream games from a Windows PC and play on the Note 10.

Samsung boasts on its official website that “with Galaxy Note10 and Note10+ we’ve designed a mobile experience that’s like a computer, a gaming console, a movie-tech camera, and an intelligent pen, all in one device.”
Looking at the specs, it’s hard to disagree, but the price also matches these behemoth devices.

Right now, that model is only compatible with Verizon’s 5G network in the US, with AT&T, T-Mobile and Sprint expansion later on.

The Galaxy Note 10 line is open for pre-order and those who hurry to place one between August 22 are eligible for up to $150 in Samsung credit.

All in all, while some people will still be upset with the price creep on flagship devices, Note 10 does strike the right notes on a few levels, especially looks!

Aura Red, Blue and Pink do look nice but the Aura Glow color option is positively mesmerizing, as you can see in the video below.