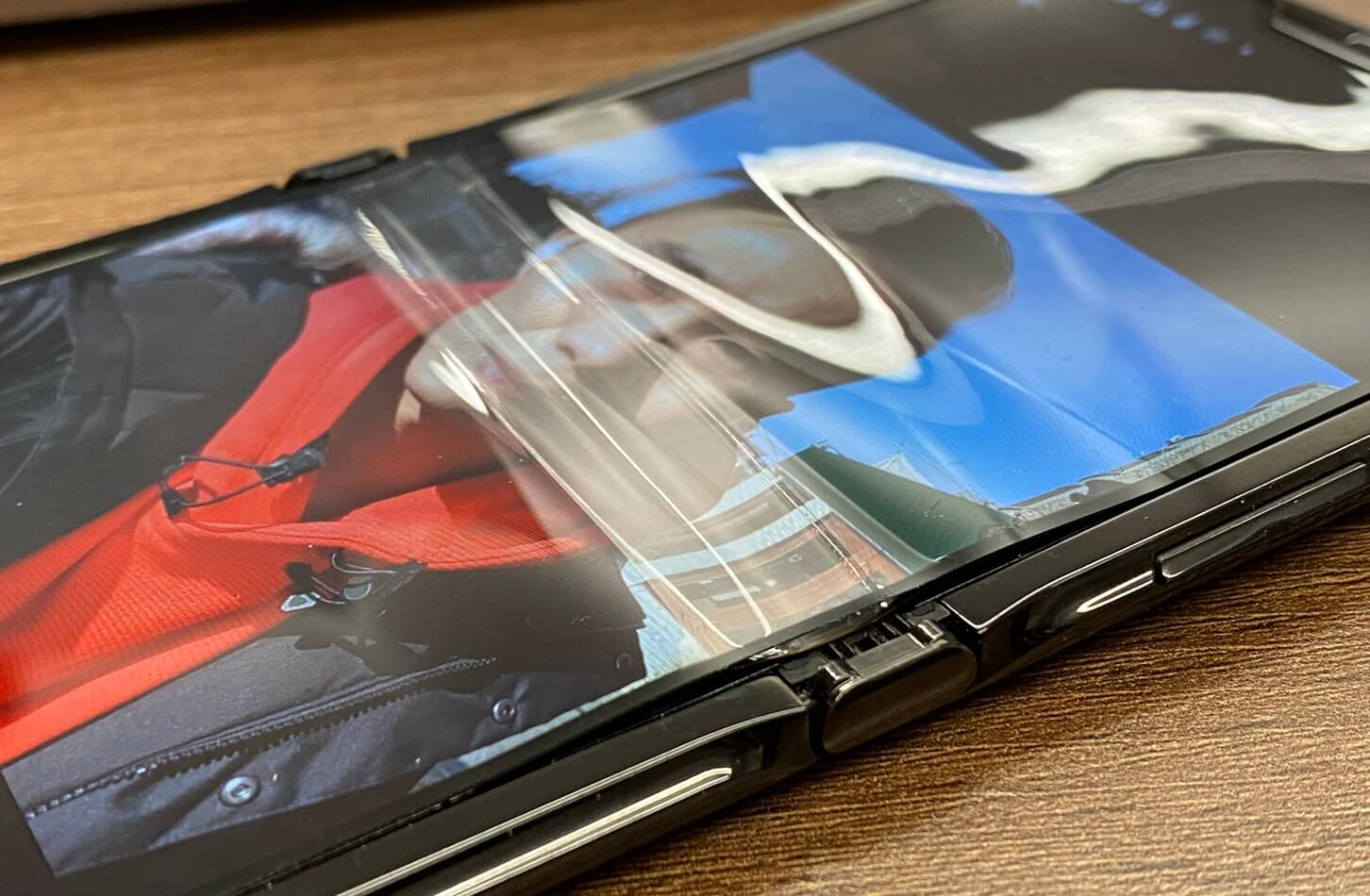 It was just yesterday that Samsung came under fire for using a plastic, not glass display in the Galaxy Z Flip. Today, the main competitor of Z Flip is in trouble as well!

Motorola joins the ranks of foldable phones breaking, with a reviewer from Input saying his Razr foldable screen mysteriously broke during his commute.

Posting a series of pictures showing some serious damage for a new phone, even new technology like foldable displays, Mr Raymond Wong said that he had the phone for less than 24 hours before it started falling apart on its own:

“Sometime during my 45-minute train ride from Queens to Manhattan that left at 3:08 p.m. ET, the Razr’s display peeled apart at the fold.”

He said that he kept the phone closed in his front pocket for the entire ride, with no visible damage anywhere on it, but when he flipped it open he noticed that it was “completely warped from hinge-to-hinge” and that what appeared to be a scratch was “literally pixels splitting from the two layers”.

Even worse, the reviewer says that it’s not just a bubbly, streaked look he’s concerned about, but the Motorola Razr is actually unusable.

“The touchscreen is semi-broken; the warped surface makes touches and taps virtually unresponsive, especially when tapping things in a list like inside the Settings app.”

So far, Motorola did not respond to his accusations and we can only speculate what might have caused this issue.

A Samsung user posted a similar picture with the Galaxy Z Flip and speculated that the cold weather might have been a culprit for the screen cracks, which could apply to the Razr as well.

In any case, considering the new Motorola Razr retails for a cool $1,500, this report should give you pause before placing an order for a foldable phone.