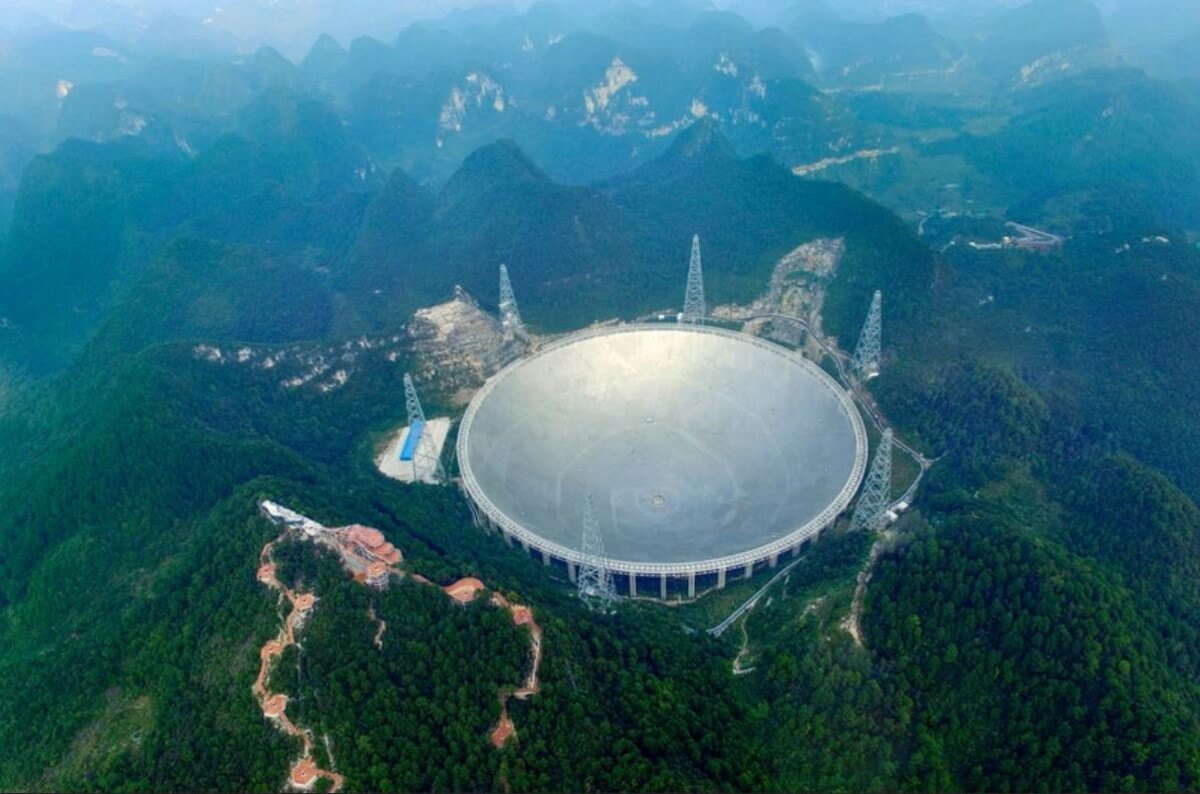 According to a report posted on the state-sanctioned Science and Technology Daily, China said its Sky Eye telescope might have detected signals generated by an alien civilization.

To add fuel to the fire, the site promptly deleted both the report and posts about the Red Sky signal, but not before people managed to read it.

According to Bloomerg, China’s Sky Eye detected narrow-band electromagnetic signals different from previous ones and could very well come from aliens.

The announcement cited Zhang Tonjie, chief scientist of an extraterrestrial civilization search team co-founded by Beijing Normal University, the National Astronomical Observatory of the Chinese Academy of Sciences and the University of California, Berkeley, so it held some weight.

Even though it was posted on China’s official newspaper dedicated to the science and technology ministry, the report was quickly taken down.

Canada Decided To Prosecute Criminals on the Moon

However, since anything posted on the Internet tends to stay there forever, the news is already trending on China’s social platform Weibo and was picked up by a lot of global publications.

According to that report, Sky Eye, the world’s largest radio telescope, detected two suspicious signals in 2020 while processing data collected in 2019. It also found another signal in 2022 from observation data of exoplanet targets. Zhang, the researcher cited in it, also noted that he doesn’t exclude the possibility of radio interference but there must be further investigation before making more claims.

Is it a hoax? Is it an inadvertent leak? As with most extraterrestrial-related reports, odds are we’ll just never know.

Hopefully, if the contact is real, we’ll avoid a scenario like the one described in The Three-body Problem, the science fiction novel written by the Chinese writer Liu Cixin that became the first Asian Novel to get the coveted Hugo Award for Best Novel.

The novel’s depiction of an alien contact that starts an end-of-days scenario in which, in the name of a “greater good”, people are working with aliens in order to destroy Earth is certainly unsettling.