Google I/O 2022: How to Watch and What Announcements to Expect - TechTheLead 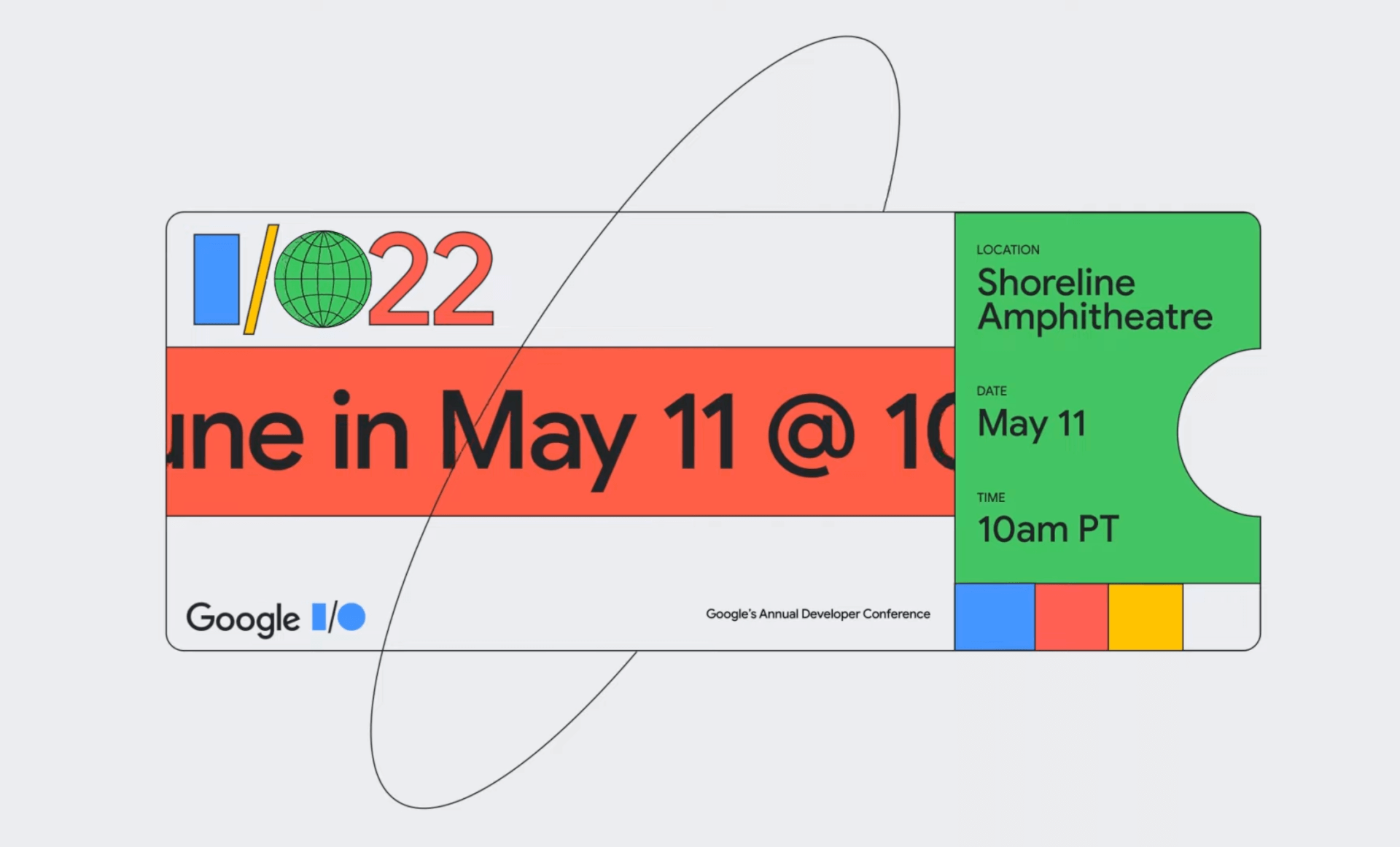 Google I/O 2022: How to Watch and What Announcements to Expect

Google’s annual developers conference is approaching fast. Just like in previous years, most of the events will take place online so you can definitely watch what the company has in store for both devs and consumers from home. Here’s how to watch, updates on Extended IO and all the announcements to expect.

What does Google IO stand for?

Google IO (or i/o) is a dedicated event for devs. The idea is to help them prepare current or future apps for the developments Google has ongoing or are starting in the respective year.

If you’re wondering, “I/O” comes from Input/Output but it also refers to the slogan “Innovation in the Open”.

While restrictions and lockdowns regarding the pandemic have been lifted in many parts of the world, the event will still very much take place online. There will be a limited live audience but in general, you should see it as an online affair.

The most awaited part of the conference is the opening keynote on Day One. On that occasion, Google’s CEO – Sundar Pichai – and members of his team come on stage to announce the big projects they’re working on.

What is Extended IO?

If you’ve heard about Extended IO but aren’t sure what that is or whether you can participate, check this out.

This part of the Google IO event is community-led. Basically, developers across the world create events to meet with colleagues and discuss what Google has announced in depth. It’s a networking opportunity that, this year, will take place from May 11 to June 30.

The Google I/O 2022 event will take place from May 11 – May 12 this year. You will have two days of keynotes and sessions to follow.

Keynotes will be made available by the companies live here, as well as on-demand after the event. The sessions – deep dives in Google’s projects – will similarly be easy to watch on-demand. What about virtual demoes? Those will take place, too.

As we were saying, the opening keynote is for many the only reason to check out the event. So, rest assured this will take place on May 11, from 12:00 PDT on 11 May, at the Shoreline Amphitheatre. As mentioned, it will be streamed.

Will there be a Pixel 6a?

Everything points towards a launch or at least a big teaser of the Pixel 6a at the event.

Google started using this occasion to present its budget line three years ago and we believe they could make it happen this year, too.

If the Pixel 6a is unveiled on May 11, expect a new Tensor chip, a similar camera to the Pixel 5a one, and a couple other specs.We’ve been waiting for the device for a while so it’s no wonder leaks regarding its size have already showed up online.

If Pixel 6a is only revealed but not launched, then we can expect it to land at the end of July according to known leakster Jon Prosser.

What’s a sure topic of discussion at the I/O 2022 is the Android 13 OS. The beta has been released and it’s been in testing for some time now so we should have more info about the official version and what it entails.

The Android 13 Beta Is Out: Current Focus Is on Developer Tools and Privacy

Android 13 May Let You Use Two Carriers on One eSIM

Yes, Google’s first wearable is coming this year. Hopefully, the Pixel Watch will make an appearance at Google I/O.

Everything points in that direction; I’m talking about the multiple leaks of late as well as the fact that Google will likely approach the topic of Fitbit and WearOS at the conference so an unveiling of the watch seems like a natural follow-up.

If Pixel Watch shows up, it should have a minimalist design, with a rounded shape, one button, health-tracking tools and 32GB of storage. We expect to see the smartwatch in three different flavors when it comes out.

Here are the rest of the Pixel Watch specs we know about.

Think we could get some updates on Stadia? Is that still of interest to you or you’re not a fan of Stadia to begin with? Tell me below!

Google I/O 2022: How to Watch and What Announcements to Expect