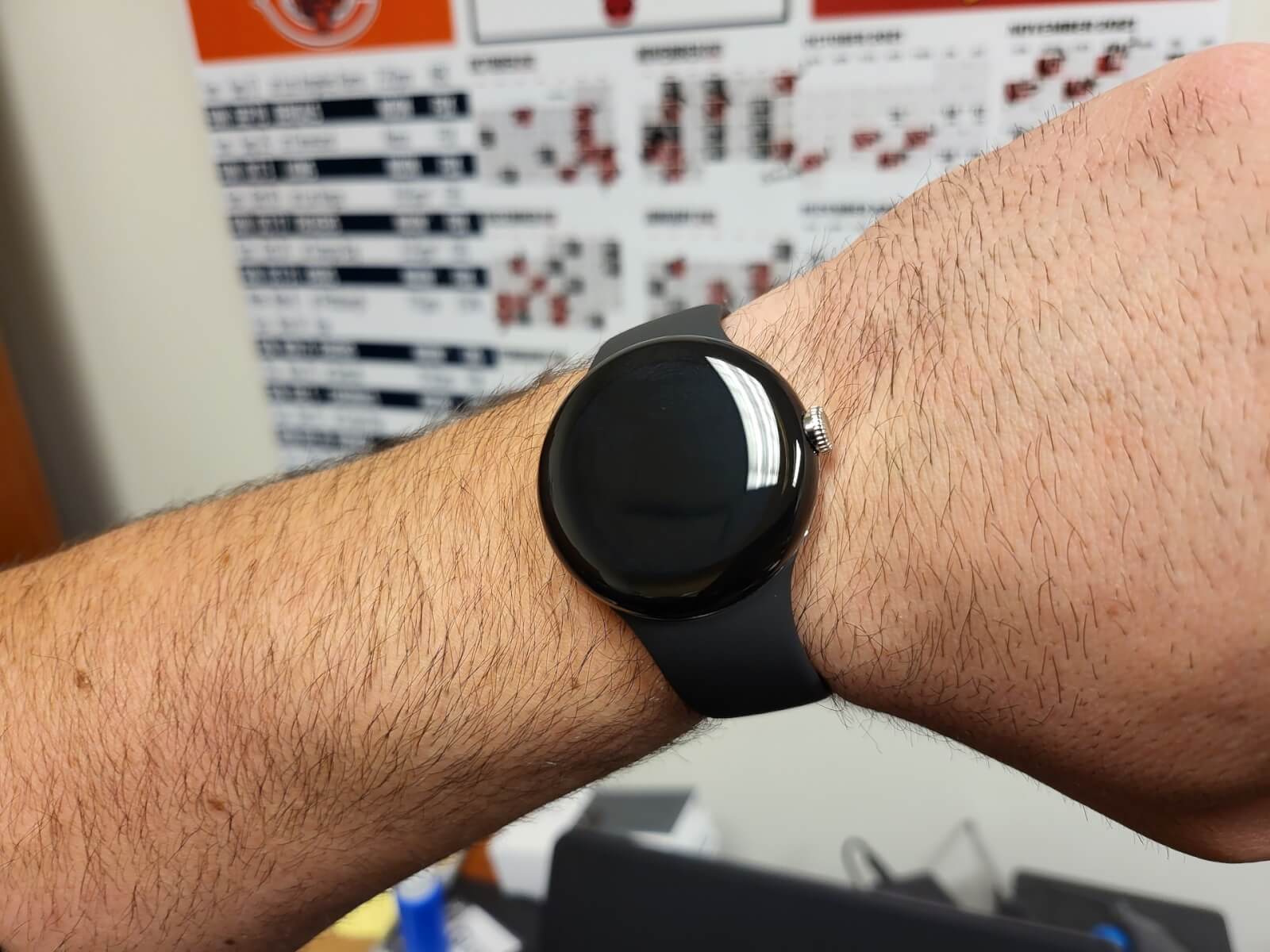 We’re weeks away from a Pixel Watch unveiling so it’s no wonder the watch has made it into the wild already. Leaked images of the wearable online show how the Pixel Watch will probably fit your wrist when it launches.

Industry insiders have teased the possibility of Google launching their first watch at this year’s I/O developer conference event. We’ve gone over the possible specs and even seen some promising renders.

Now, there are actual images of the watch on a human wrist and gotta say, they look surprisingly similar to the renders shared.

Redditor tagtech414 has uploaded plenty of images with the watch online, claiming he got it from a friend who found it at a bar.

As strange as that story sounds, the images do fit our expectations of the watch.

The Pixel Watch is round, has only one physical button and could very well be bezel-less. The user says that it “feels like it’s not even there” although the strap is “kind of a pain to attach the first time”.

If you ask us, it reminds us of the Zepp E Circle design and the Galaxy Watch’s silicone strap. The redditor says the strap is made from “a soft silicone with good flex and doesn’t seem to show fingerprints/oil too badly,” and measures 20mm wide.

However, unlike those two smartwatches, this one closes with a metal nubbin instead of a classic clasp. Thankfully, the “crown does NOT poke into the back of my hand when bending my wrist back or typing.”, the man adds.

Whether this is the final product, we’ll find out soon enough! At the May event, Google is expected to announce the smartwatch as well as the Pixel 6a. Excited?