Once again, WinFuture spills the beans on Huawei’s plans ahead of the big launch.

This time, we get to look at the leaked renders and specs for the Huawei Watch GT 2e, which will apparently debut next week alongside the P40.

The wearable is an update to last fall’s Huawei Watch GT 2, keeping the circular dial but adding a new tachymeter design.

The round buttons on the side from last year’s model were also flattened and replaced by rectangular buttons for easier control, and the watch itself comes with new quick-release bands that hold the dial and the strap much closer.

Without those straps, the Huawei Watch GT 2e apparently weighs just 25 grams, which is quite the achievement, since it has a 46 mm dial with a 1.39-inch AMOLED display.

The full dimensions are 53 x 10.8 x 46.8 mm, so this is not a wearable for dainty wrists but rather a bulky companion for sports activities.

Speaking of that, it has GPS, heart rate and rhythm monitoring, calorie measurement and sleep tracking, alongside voice control and waterproofing.

Of course, considering what’s going on in the world, that GPS won’t come in handy right now, but the sleep tracking and calorie measurement might see you emerging from quarantine with healthier habits. 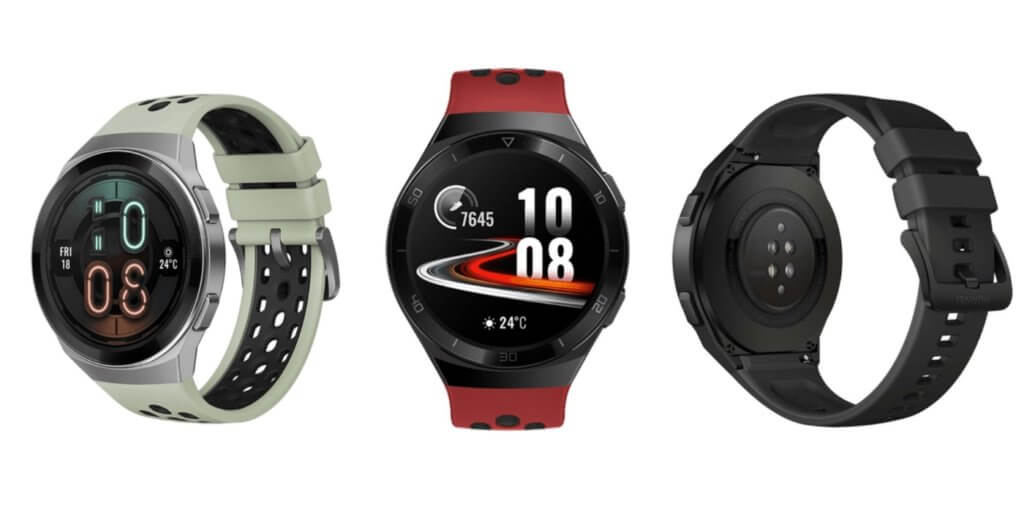 According to the leak, the Watch GT 2e will have a 455 mAh battery that tops up in 1.5 hours and can keep the watch running for up to two weeks.

The only thing we don’t know about Huawei’s new smartwatch is the price, so check back next Thursday.

Huawei will also debut the P40 smartphone lineup then, so there’s plenty to see.