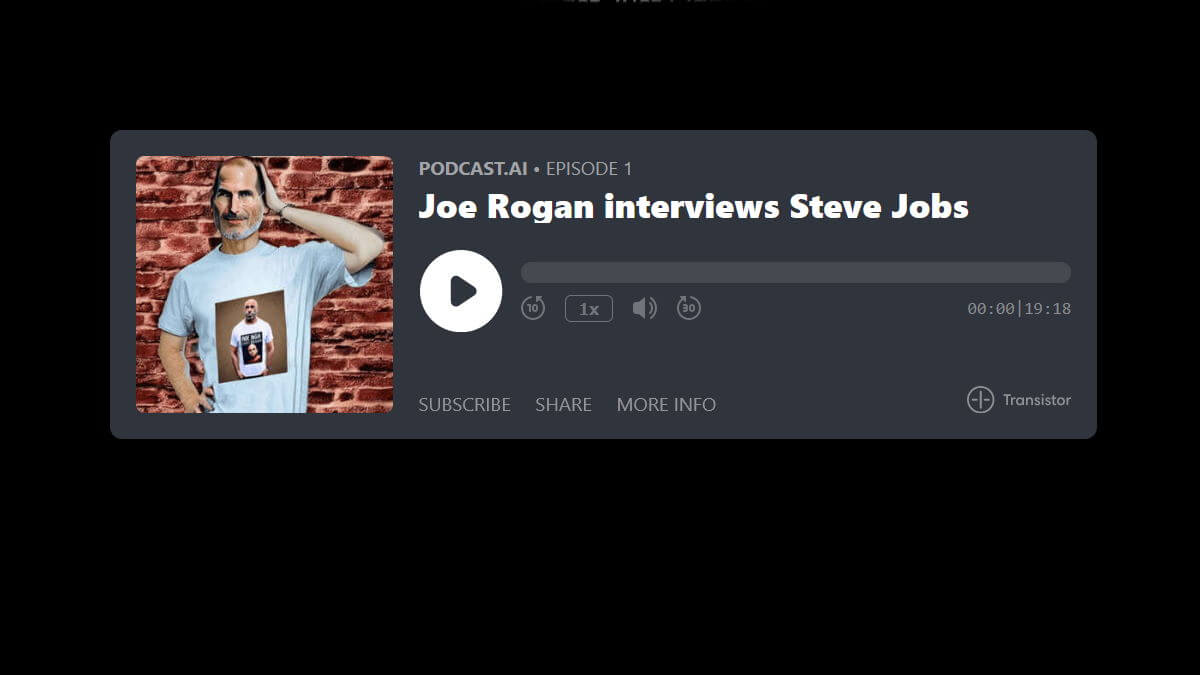 It’s not just deepfakes that became almost indistinguishable from real life but AI voices too.

Play.ht, a company that builds AI powered text to voice generation tools, launched a fictional podcast where the late Steve Jobs sits down for a talk with Joe Rogan – and the results are amazing.

Even though Steve Jobs does sound a bit off at times, the way AI brought back Apple’s most famous spokesperson is incredible.

Even more impressive, not only was AI responsible for Steve Jobs’ voice, his words were also written by AI.

Play.ht says that the text of the interview was AI generated as well, probably from a tool like GPT-3.

“The episodes are rendered using play.ht’s ultra-realistic voices, and transcripts are generated with fine-tuned language models. For example, the Steve Jobs episode was trained on his biography and all recordings of him we could find online so the AI could accurately bring him back to life,” Play.ht wrote on their website.

They say they want to “push the boundaries of what is possible in current state of the art speech synthesis” and that Steve Jobs was unsurpassed in his ability to inspire and impact the technology world, hence why he was picked for this podcast.

You can listen to the first episode here.