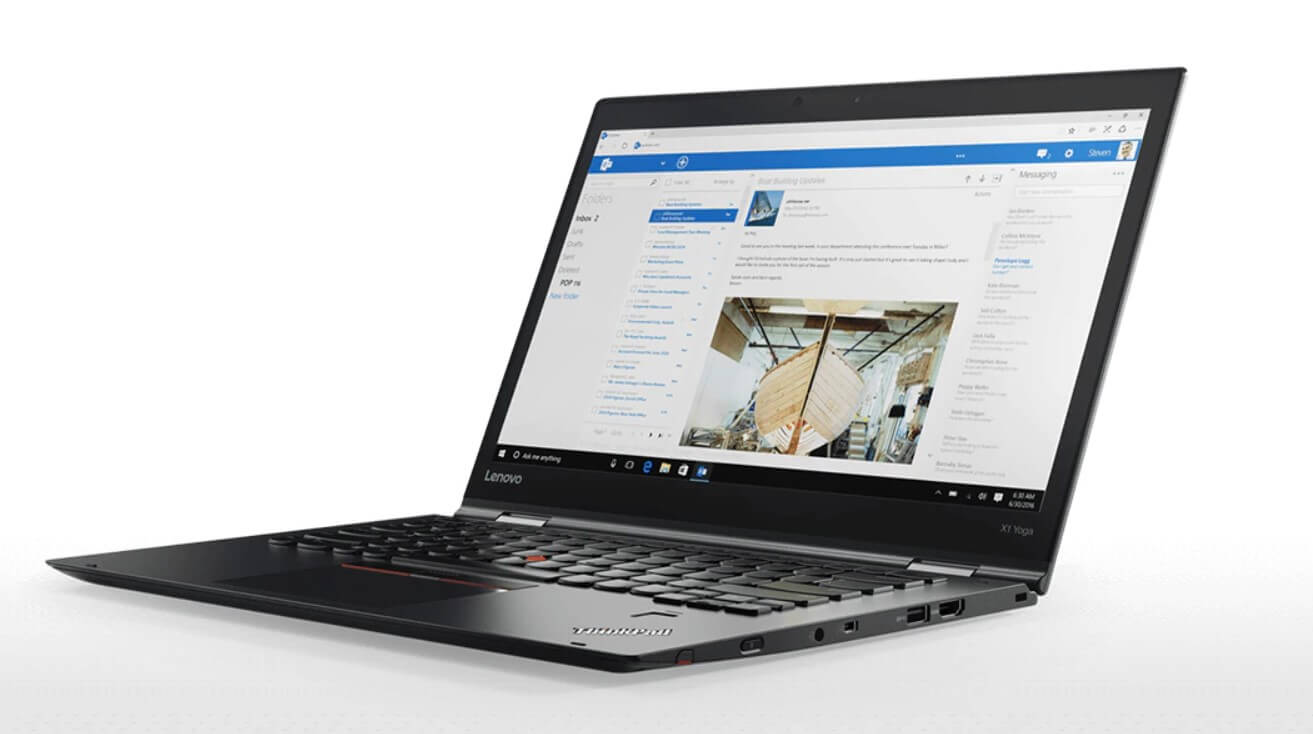 The laptops represent the company’s flagship business laptop, although there are not many updates worth mentioning, besides the software update to Intel’s 10th-gen processors and a six-core Core i7.

The cool thing is though the Lenovo’s PrivacyGuard, you can avoid people peak into your screen, with the new 500-nit panel.

The company’s PrivacyAlert feature will also be available on the X1 Yoga Gen5, notifying users if the laptop’s webcam detects someone behind them and automatically activates the PrivacyGuard.

To simplify voice and video chat, the keyboard’s top row has a new set of buttons for answering and ending VoIP calls, which it’s a great convenience feature for people who spend lots of time on voice meetings or calls for work. For more privacy, a physical shutter for the webcam and a mic mute button are also included.