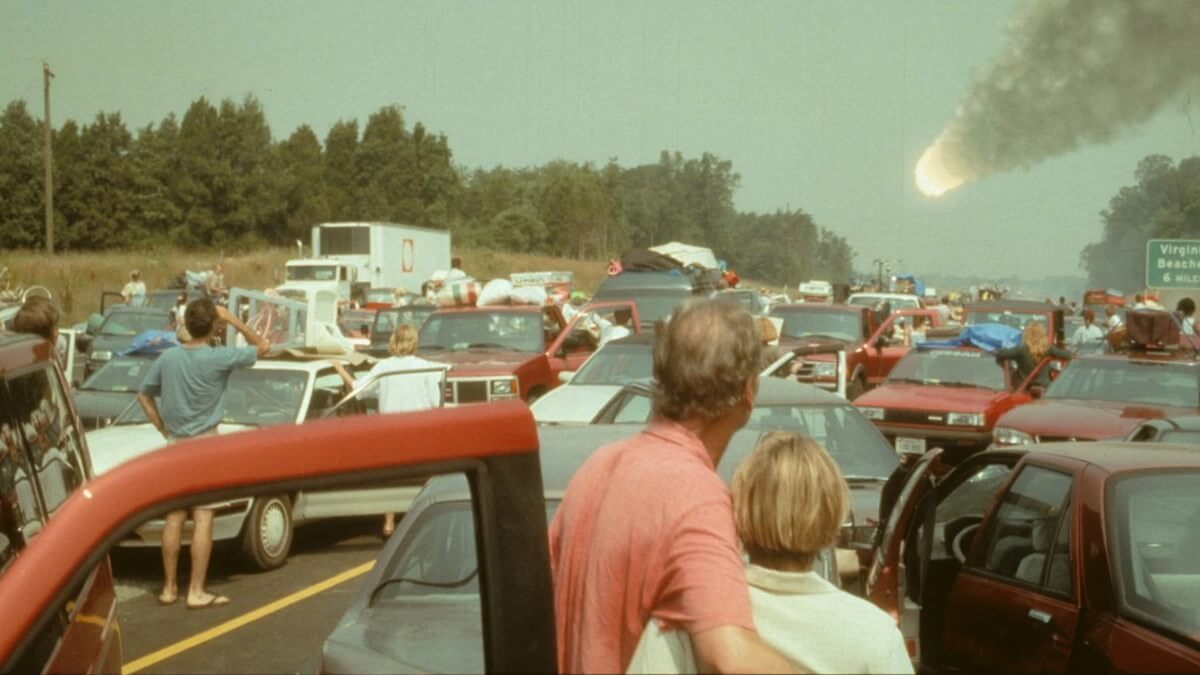 This is a question more people looking for the best space movies should ask themselves, so they can watch something that’s not just awe-inspiring but actually realistic and possible:

What are the most scientifically accurate movies, according to NASA?

2022 might have sucked in general but 2022 in spaceflight was a year full of world firsts. From the first space tourist mission launched by SpaceX to Artemis 1, the official NASA return to lunar exploration, those fascinated by space had plenty to watch. Still, real life is rarely as exciting as a movie, so here are some of the scientifically accurate space movies you can watch while you wait for the real world to catch up.

Other than the tears flowing in space, which obviously wouldn’t happen but they make for an impressive visual, the movie Gravity was endorsed by NASA for its realism.

The effect of space debris shown in the movie is called the Kessler Syndrome and is a true possibility confirmed by scientists. The other events depicted aren’t that accurate, as described in this excellent round-up.

Also read: Upcoming Scifi Movies In 2023: The Franchises We’re Most Excited About

One movie that is almost universally loved by NASA people though is Apollo 13, featuring Tom Hanks.

Even beyond the infinitely lovable Tom Hanks, Apollo 13 the movie stays true to real life events. Even astronaut Chris Hadfield says that it’s “maybe the most realistic of all the space movies.”

Neil DeGrasse Tyson said that Deep Impact, the 1998 space movie, “had really good science”. Didn’t expect launching nukes at an asteroid might work? Well, in theory, it should, even though the odds for humanity’s survival would be pretty slim by that point.
The scientific accuracy in this particular disaster movie comes in part from having an actual scientist on set. Joshua Coldwell, a physicist at the University of Central Florida, acted as “comet advisor” for it.

Another scifi classic that’s both scientifically accurate and terrifying is The Andromeda Strain, the 1971 movie which depicts a satellite crashing in a small town – and carrying a scary new lifeform.

This movie has taken fields like exobiology and brought them into mainstream consciousness.

After watching this movie, do give the original book by Michael Chrichton a chance, as it’s still one of the best scifi ever written.

You can also check out the excellent mini-series from the Santa Fe Institute called Andromeda Strain and the Meaning of Life.

Anne Hathaway’s actions and speech might have made a few people groan but the power of love, in this case for science, was on full display. While we may never know what the interior of a black hole would look like, what you saw on screen was a visualization developed with the help of Kip Thorne, a legendary Caltech physicist who won the Nobel Prize.

After you finish rewatching this one, do try to go deeper and read The Science of Interstellar, an incredible book by Kip Thorne with a foreword by the movie director, Christopher Nolan.

We’ll start with Firefly because well, we have to, but also include a couple of space opera movies that are great (and not Star Wars or Star Trek, because everyone saw those).

You can’t say space opera without mentioning the excellent Firefly series, unfortunately canceled too soon, and its companion movie, Serenity.

This is one movie you can see without having watched the TV show but it will definitely make you fall in love with the characters enough so you add it to your watch list. What would happen if humanity, having conquered most of the universe, would organize itself like it does on earth? You’d have outlaws, of course, and Serenity is the story of those outlaws. This is basically a space western movie with realistic characters you can’t help but love.

This is the first R-rated Disney movie ever and it came out just a few days before Star Trek: The Movie but somehow, people kind of forgot about it. That’s a shame, since it’s both a fun and thought-provoking space movie. What do you think would happen if you were to find a spaceship that’s seemingly abandoned but has one survivor left?

Common sense dictates that “nothing good” would be the answer and that’s exactly what happens in The Black Hole. This is equal parts space movie, disaster movie and space opera – and a must-watch for scifi buffs everywhere!

The Fantastic Planet (animation from 1972)

The best space movies are the ones that follow some of the more important themes found in scifi literature and The Fantastic Planet is no exception. What if an extraterrestrial civilization kept us as pets? This 1972 animation movie is one of the best space movies you’ll ever see and might make you consider going vegan for a bit. A superbly illustrated allegory for animal rights, this is one fresh watch.

So, which one of these space movies did you watch so far? If you know a hidden gem, do share it with us and other readers in the comments below!

Also read: Upcoming Scifi Movies In 2023: All the New Stories