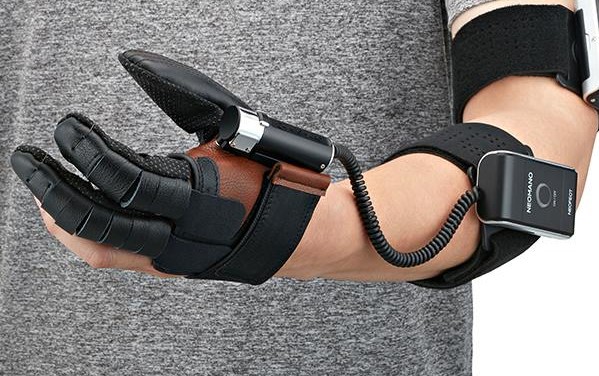 Neofect has been present at last year’s CES where they introduced a somewhat functional prototype of the glove that they actually came to deliver this year.

Since last year, the wearable went through some significant changes, which have vastly improved the project.

The device, dubbed the NeoMano, aims to give users whose hands are paralyzed, some degree of mobility: it’s fitted over the thumb, index and middle fingers, which allows the users to perform tasks we, more able-bodied people, normally take for granted, such as brushing our teeth or holding a cup to grab a drink.

The glove is wireless and connects to a control unit that’s placed on the user’s forearm. It comes with a Bluetooth controller that can be held in the other hand to open and close it.

On a single charge, the NeoMano can work for around eight hours and should allow the users to be able to lift objects as heavy as 1Kg. While it might not sound like a lot for the rest of us, for someone who is suffering from nerve-damage, ALS and other afflictions, it might be the pathway to return to a somewhat normal life.

The company expects the product to become available on the market this June and it will come with a price tag of $1,999.