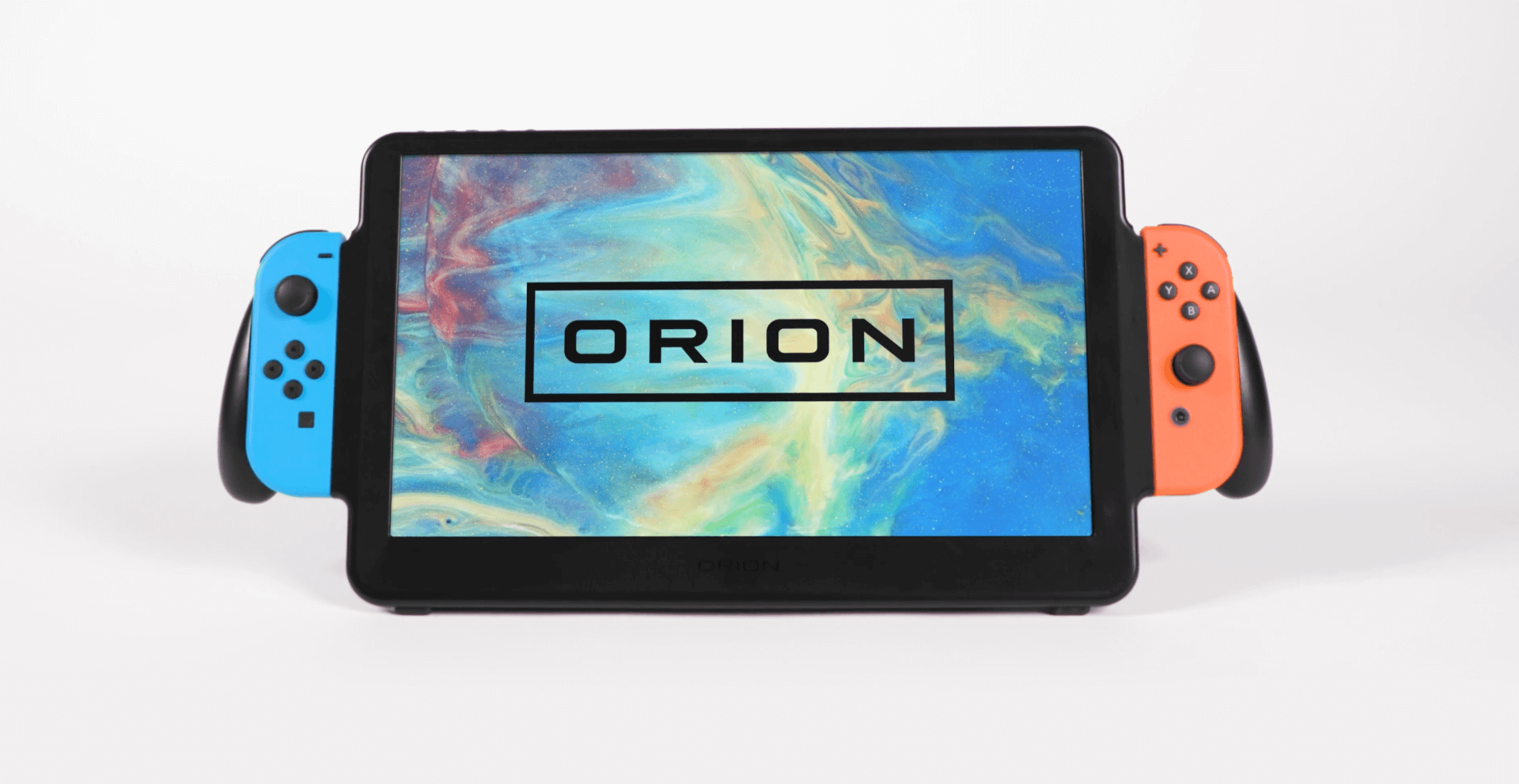 Tired of waiting after Nintendo Switch Pro? These guys came up with an interesting alternative: a Switch accessory that doubles your console’s screen size, among other things.

The Orion is like a Switch dock that enhances the screen size to a whopping 11.6 inches. To attach it to your standard or OLED Switch console, you just have to take your Joy-Cons and attach them to the Orion while inserting the console itself on the back of the display.

But perhaps narrowing the Orion down to a display isn’t the fair thing to do. That’s because the gadget comes with a pair of stereo speakers on the back also so the sound is bound to be better once it’s on.

Once the Orion is in place, expect to run games at a full 1080p resolution instead of the 720p the Switch caps at. Don’t worry – you shouldn’t run out of juice since the AC adapter that powers the device also charges your Switch in the process.

Before we reveal the two cons of this nifty gadget, you should also know the Orion features an HDMI port so you can use it as an external display for other devices you have on hand, consoles included.

The less-than-ideal features about the Orion are the incompatibility with Switch Lite and the IPS LCD display panel it will ship with after launch. No, you won’t get an OLED in the mail!

If that doesn’t bother you too much, you should check out the product’s Indiegogo page where it currently sell at $250.

Backers of the initial crowdfunding campaign will start getting their Orion displays this week so, with a bit of luck, you might get your unit by Christmas.