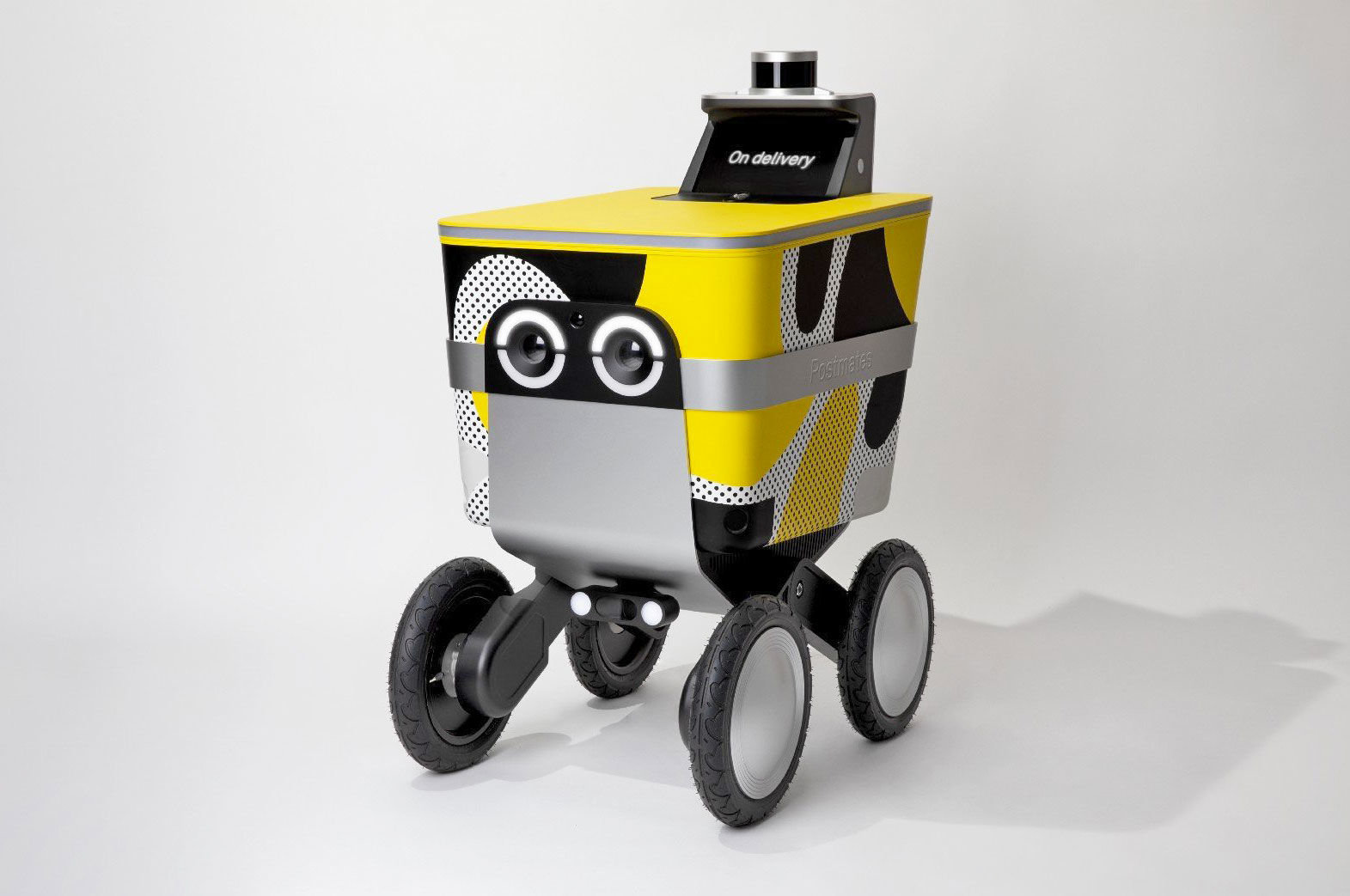 In case you were not familiar with it, Postmates is a company that delivers food and groceries and operates in over 550 cities all across the U.S. They’re not the first company to do so but what is interesting is their newest addition to the delivery fleet, an autonomous delivery robot, named Serve.

The robot, aside from looking absolutely adorable, is designed to work with the current Postmates fleet and move small objects over short distances. It moves at walking speed but will be much faster than some deliveries because it will be able to avoid the traffic and use the sidewalks for traveling instead.

Serve is equipped with the Velodyne LIDAR sensors and an NVIDIA Xavier processor, both which help it avoid obstacles and navigate its way around the area in order to deliver its cargo directly to people’s homes. It can carry up to 50 pounds of goods and travel 30 miles on a single charge.

The robot also has a small touchscreen on the top which can be used for video calls, in spite of the fact that it will be supervised remotely, for the time being.

Serve will be brought to a number of cities in 2019 and the company has already applied for a permit in San Francisco.