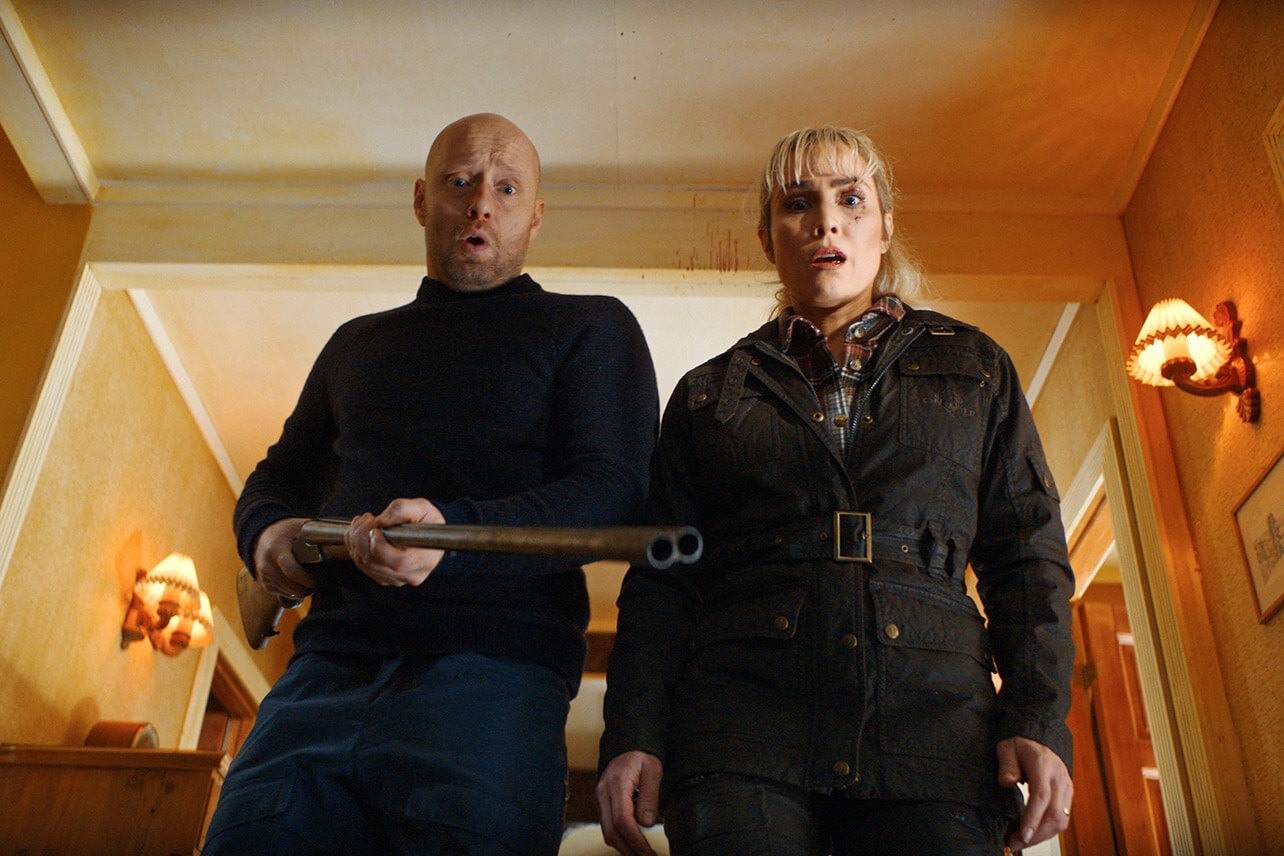 Oftentimes we find ourselves with our bowl of popcorn or other snacks on the couch, ready to watch a movie but nothing seems to fit your mood. So you sit there with your snacks or your dinner going cold, scrolling endlessly through one synopsis after the other, one trailer after another, trying to decide which movie flavor works best with your Cheetos.

Even worse if you’re with your partner or with your friends and you all feel like watching different genres.

But worry not, we’re here to make your decision a bit easier.
We’ve gone through Netflix’s extensive library and tried to find a bit of everything, from easy going stories, to thrillers with a twist and big-budget films that secured their Oscars from the moment they were released.

So sit back, relax, and let’s see what we can find for you.

To kick off this list, since we’ve officially gone from Halloween season into gingerbread-and-hot-cocoa season, we’re starting with the gothic romance of Crimson Peak. Don’t mistake this film for a horror flick – while it does have some scary moments, the film is more reminiscent of stories like Rebecca or Jane Eyre and Wuthering Heights.

The story follows an aspiring author who falls in love with an English gentleman. The two marry and she goes to live with him and his sister on an estate in England, in a house full of ghosts and secrets.

If you’re into hauntings, intricate costumes and convoluted, atmospheric gothic stories, this one’s for you.

This fun family movie is a little spooky but it comes from the same studio that worked on Coraline and Kubo and the Two Strings and it’s really worth a watch. It’s obvious that the filmmakers took their inspiration from 80’s classics like The Goonies, but the movie manages to maintain its own identity without a problem.

In it, a kid called Norman can see and speak with the dead, so, when his little town is overrun by ghouls, his unusual ability comes in very handy.
If you’re into spooky but not too spooky and want something lighthearted to watch, ParaNorman should be your best pick.

Enola Holmes is a Netflix original movie and it’s based on the book series by the same name, by Nancy Springer.

Enola Holmes is played by Millie Bobby Brown, who is the youngest of the Holmes siblings (of Sherlock fame). She takes on a dangerous journey into London to find her mother, who has disappeared without a trace.
Henry Cavill also makes an appearance as Sherlock Holmes himself and the two make up quite the dynamic duo.

Tarantino’s The Hateful Eight feels like a theatre play through and through. The premise seems simple at first: eight strangers find themselves in the same small cabin in 1877, while trying to escape a snow storm.

Nobody feels safe around the others and it’s obvious some of them are lying about who they are. In true Tarantino fashion, plot twists and dynamic character interactions ensue and,of course, expect his trademark blood and violence.
With highly talented actors like Samuel L. Jackson, Kurt Russell, Jennifer Jason Leigh, Tim Roth and more, the movie is a thoroughly enjoyable ride.

The New Zealand-based movie is a hidden gem, as funny as it is touching and follows an old man who has to team up with a badly-mannered child when both of them become the target of a manhunt.

Their circumstances take them deep into the New Zealand bush where they fight together not only against those that hunt them but also against the unforgiving forces of nature.

This movie is an oldie but a goodie, based on Neil Gaiman’s book of the same name, with a stellar cast that includes Claire Danes, Michelle Pfieffer, Robert DeNiro, Henry Cavill and more.

This magical adventure follows a star that has crashed to earth in human form and who is haunted by an evil witch who wants to use her to increase her lifespan.

This film has everything to make up a fun trip through an enchanted land, from ghosts of the monarchy, space pirates to fairytale-worthy spells and pretty cool performances of actors in roles we would have never thought we’d see them play.

Right off the bat, we have to let you know this is not a movie for everyone. It’s very long, convoluted and takes its time. But that was probably the idea, because the story spans a few decades and, while it begins in a dynamic way, it slows down towards the end, much in tune with its aging main character.

The Irishman follows Teamster and hitman Frank Sheeran from his first days working for the mob to his very last days of his life.
The movie brings together Robert DeNiro, Al Pacino and Joe Pesci, and this trio alone should be enough for you to consider giving it a go.

We suggest to find an early evening when you don’t have much to do, sit back with a glass of wine and, along Frank Sheeran, ponder on life, death and what happened in between.

The Old Guard is based on a comic book of the same name and it follows a small team of immortal warriors led by Andromache (Andy, for short), played by Charlize Theron. She is fed up with the world and has just about had enough of modern technology, which makes it harder for them to blend in and disappear.
They soon discover someone has found out their secret and, if they want to protect their freedom, they have to begin fighting back.

This is and isn’t a superhero movie – it’s a Netflix original that doesn’t quite reach the heights of say, a Marvel movie, but it’s entertaining nonetheless and besides, who doesn’t love watching Charlize Theron be a badass, right?

If you’re into dark comedies, this Norwegian movie is for you. In it, a couple decides to go to a remote cabin in an attempt to repair their shaky relationship.
However, both of them actually plan to kill each other as a way to solve their situation but these plans soon fall short when they discover that there’s other things to worry about in the wilderness.

This is a hilariously violent movie with the criminally underrated Noomi Rapace delivering a yet another impressive performance.

This movie is actually an American remake of the 2018 Danish film by the same name (Den Skyldige) and, while it does follow the source material down to the conversations taking place in it, it does differ in some instances.

In it, Jake Gyllenhaal plays a cop that is stuck on desk duty at a 911 call center and is confronted with a case he tries to solve by himself when a woman calls stating she had been kidnapped.

I strongly suggest watching the Danish version first, if possible, though I have to tell you that the original is bleaker and definitely more thought-provoking.
Below, you can watch both trailers, for comparison.

Okay, this one is a documentary but it has won an Oscar for Best Documentary this year so it felt right including it in this list.

This documentary is merely the story of Craig Foster, a diver that gets up close and personal with an octopus in South Africa. Foster spent an entire year documenting the creature’s life but the focus of the story shifts between the octopus and Foster’s ruminations on life and nature.

It’s very wholesome and worth a watch, especially if you’re having one of those days where you feel like the whole world is one big trash fire.

We’ll end our best movies on Netflix list here in the hopes that it has helped you make an informed choice on what to watch next, without going through all the hassle of scrolling up and down the Recommended section of the streaming service.
And maybe, if you’re still undecided, just press play on any of the titles mentioned above – who knows what hidden gem you might find?