The Future Of Pokémon After Legends Arceus Remains Unclear 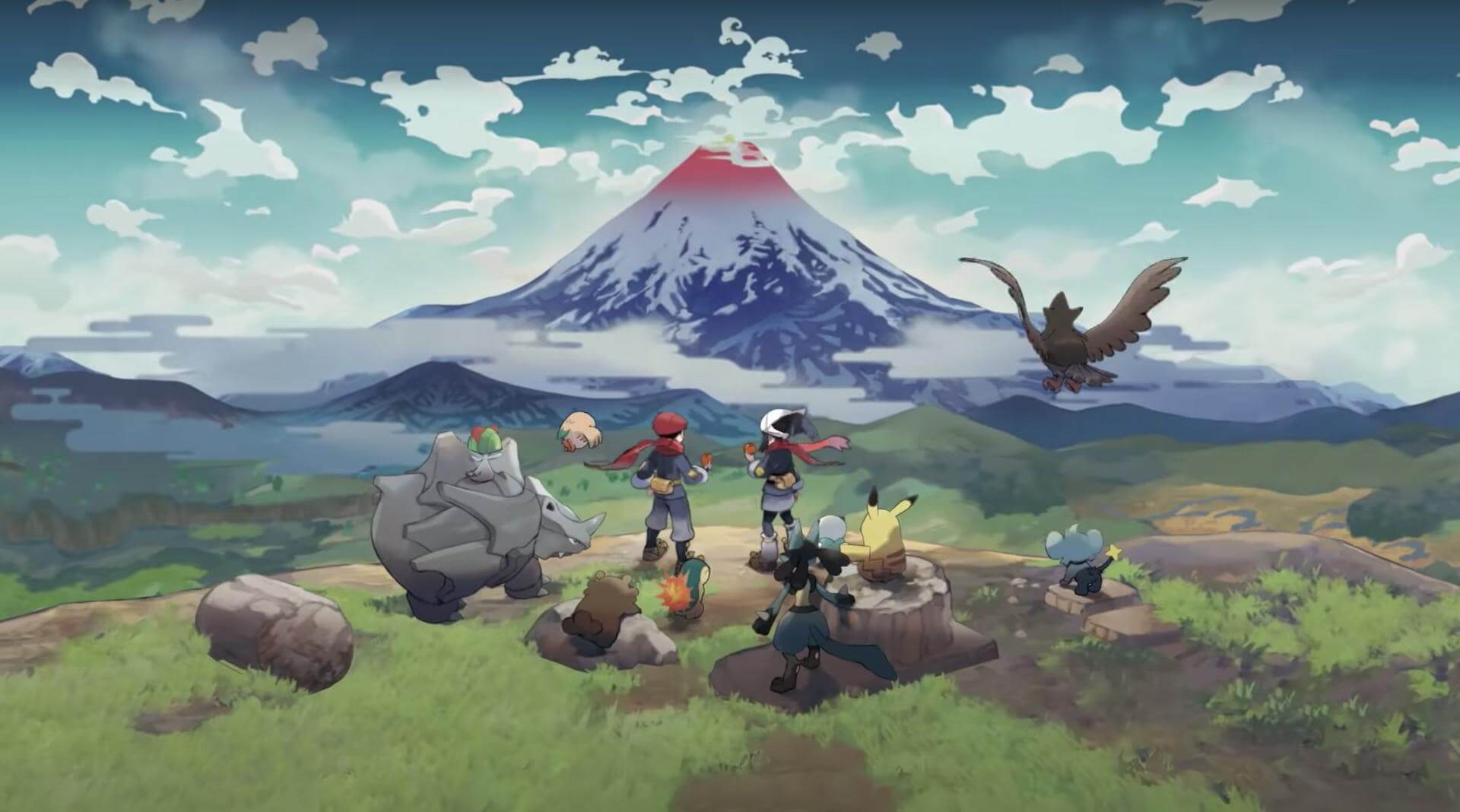 The Future Of Pokémon After Legends Arceus Remains Unclear 

Only a few weeks since it released, Pokémon Legends Arceus is being called the best Pokémon game ever. The semi open-world game heavily focused on exploration and in-world catching played on nostalgia and captured the magic the Pokémon franchise once had when protagonist Ash Ketchum first set off with his Pikachu and took us with him.

What Legends Arceus makes clear is that the Pokémon formula of old does not work anymore. The linear pathways, random encounters, draw-out battling, slow gameplay, and predictable stories that have come to define mainline games like Pokémon Sword and Shield and Brilliant Diamond and Shining Pearl are made to look even staler in comparison to the dynamic gameplay and world exploration Legends Arceus provides. The outpouring of love for Legends Arceus should be a wakeup call for the Pokémon Company and Game Freak that fans are ready for more. Or for at least something different.

But will it be that wakeup call? For as much as many are calling for Legends Arceus to become the archetype for the franchise moving forward, there remain many questions for if and how it would be. Will games moving forward be made purely in the Legends Arceus model? Would the Pokémon Company be willing to drop the mainline formula that has made it into one of the most profitable entertainment franchises in the world? If not, will games be a mixture of the two? Will two games be made for each generation, one the original formula and one in the Arceus style? Could Arceus simply be a spin-off series much like Pokémon Snap, Pokémon Ranger, or Pokémon Mystery Dungeon? And is the Legends standard even a replicable formula?

It is hard to know the answers to any of these questions but we can certainly theorize.

The big question the Pokémon Company will likely ask is whether or not another Legends Arceus-like game will even be worth producing. For many, this seems like an asinine question; the answer should be a resounding yes. The game is just fun and is selling extremely well so why not ride that wave?

But is that fun replicable? Part of what makes Legends Arceus so enjoyable is that it taps into our nostalgia and hopes of a more realistic Pokémon experience. Check out any review, even TechTheLead’s, and you’ll see similar phrasing: Pokémon Legends Arceus is the Pokémon experience of our childhood dreams. In a way, the game is a nostalgia-filled fever dream of everything Pokémon fans have ever wanted. 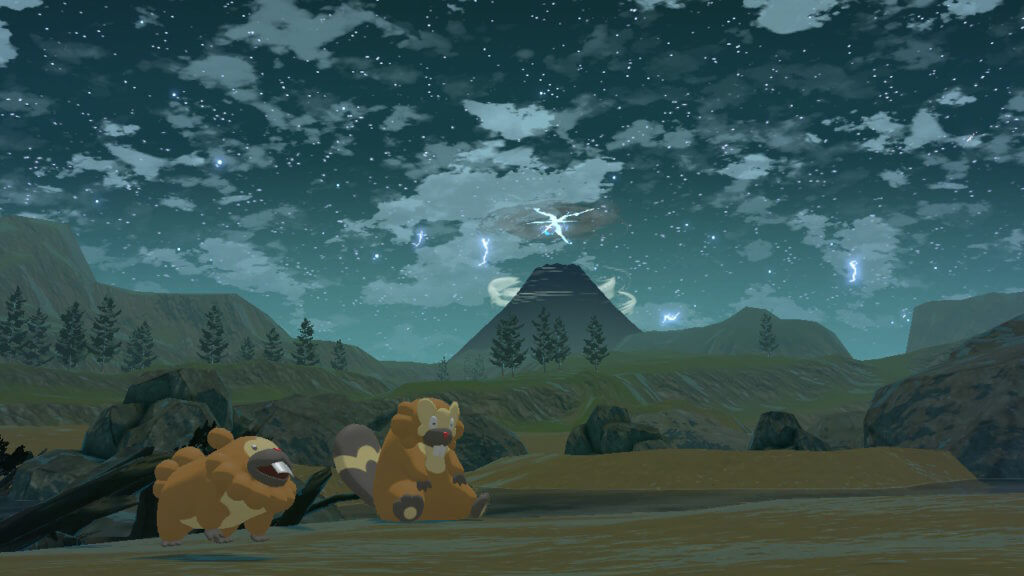 Bidoof. That is all.

On top of that, the Pokémon featured are some of the series’ favorites. Pikachu, Eevee, starters from earlier generations, and even the much beloved Bidoof (check out this cute animation the Pokémon Company released). There’s a thrill that comes with seeing all these Pokémon we’ve come to know and love inhabit the world just like we had always envisioned.

Given the heavy emphasis on nostalgia, would a game about catching Pokémon be as exciting if we didn’t have that same emotional attachment? Maybe. There would certainly be some awe in seeing a new Pokémon around every corner. But is there enough to get someone to catch 25 of each to complete their Pokédex entry? Truly uncertain.

Catching Pokémon is the end-all, be-all of Legends Arceus. The game is literally built around finding Pokémon and catching them, to the point where even the big battles against Noble Pokémon use the same in-world catching mechanic (combined with a little 3D arena fighting dodging) as you try to pacify them.

While a game centered on catching as its core mechanic works for now – perhaps because of Pokémon nostalgia? – very few games come to mind who have had continued success with this as their major gameplay feature. One could argue that Pokémon GO is that successful game, and while true, it is also a mobile app that takes advantage of AR features and real world navigation.

In the video game landscape, other monster catching games focus on different features to keep player’s attention over the course of a game or a series. Persona 5 Royal has a captivating story, beautiful aesthetics, and motivating confidant systems. Shin Megami Tensei 5 has a really deep and intricate combat system which pushes players to find, recruit, and fuse demons strategically. Mainline Pokémon games, TemTem, Ni no Kuni, and others might have a less polished combat system than SMT V, but nonetheless focus on story progression through turn-based combat.

A common theme in all these monster catching games is that monster catching is not the main draw. It is an attractive element to the game, yes, but it is not the driving force pushing players forward or keeping them interested on a moment-to-moment basis. In none of the games mentioned above is the main goal “catch all monsters;” the main goal is to use the monsters to progress through the story. Could a series of games like Legends Arceus be the first to focus almost exclusively on the catching aspect of “monster catching” and still appeal to players several games and many years down the line?

Up until this point, new Pokémon and regions have only been introduced in mainline entries. Gym leader challenges, rivals, and story beats create easy opportunities to bridge the game with other merchandising opportunities, like the anime or trading cards. Spin-off games have been traditionally ways to keep players interested in a certain region or set of Pokémon with new gameplay rather than the main marketing powerhouse traditional mainline games have been.

Most specifically, the elements that have made the anime (and associated merchandise) so compelling over the last 25 years include the lovable cast of characters, the highly choreographed trainer and gym battles, the sense of progression towards the Elite Four, and the mixture of goofy and serious moments as Ash confronts what it means to be a Pokémon Trainer. 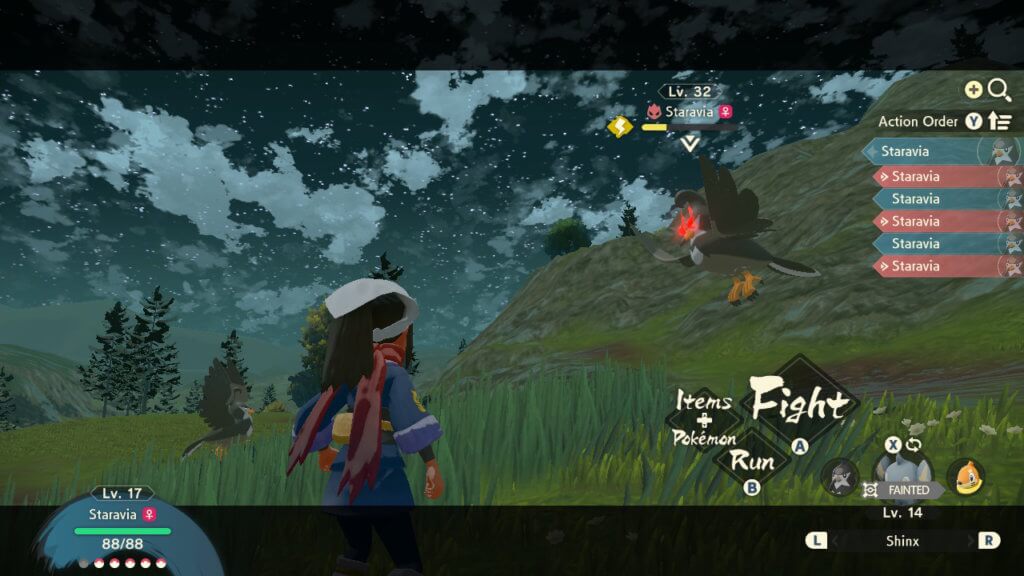 Battles are few and far between. And when they do happen, it is clear they are not the main draw of the game.

These elements are all extremely de-emphasized in Legends Arceus: the player travels largely alone with side characters less important to the story, exploration instead of battling is the focus, and there is no easily identifiable goal other than “complete the Pokédex” (which is much less exciting than “become the Champion”). It is hard to see how games in the vein of Legends Arceus would be tied into the Pokémon Company’s current marketing strategy. It actually says a lot that there will only be a four episode Legend Arceus story arc within the anime, one which seems more of a filler episodes for Ash and friends than they do main story arcs.

Improvements Needed But Can Pokémon Improve Itself?

Legends Arceus has room to improve. The story is a main point of criticism as there is little in the way of exciting story. Character progression, world building, narrative arcs, nothing. At best, the player is shuttled along from mission to mission without much input or motivation. In essence, there is little buildup and the stakes of your adventure seem far too small. All in all, typical Pokémon affair. 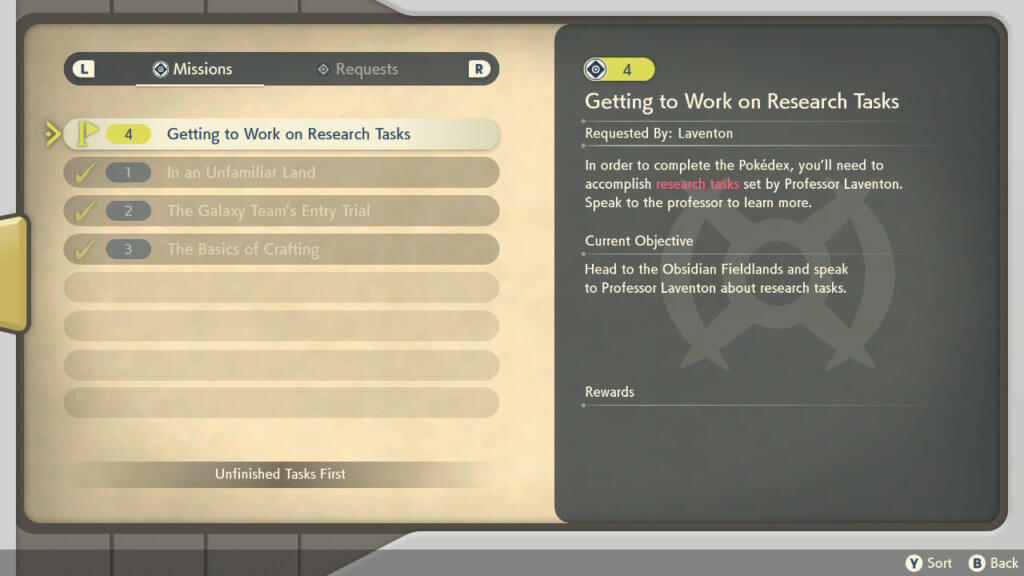 A new mission system brings Pokémon more in line with other RPGs, but there’s still little incentive to complete missions or optional requests.

Graphics are also in need of improvement. While stylistic and aesthetic choices could be used to describe some elements of Legends Arceus’s artistic design, there are so many other graphical issues that point to how unpolished the game is. Load distances, pop-in and pop-out, Pokémon far away visibly moving in more jagged patterns, weird outlines especially when standing in water, general 3D graphics that would look questionable even on the PlayStation 2/GameCube/Xbox, and more. Again, typical Pokémon affair.

And to be clear, series do evolve over time. Two of Nintendo’s iconic franchises Super Mario and Legend of Zelda both had their big shifts on the Nintendo Switch with Mario Odyssey and Breath of the Wild respectively. Legends Arceus could be that step forward that leads into an even bigger step forward in its next entry.

But it’s hard to trust that the Pokémon Company will actually make the necessary changes the series needs to thrive. For the past 26 years, they have taken the same formula from Pokémon Red and Blue and kept it the same, only with a fresh coat of paint (i.e., new Pokémon). The latest entry, Pokémon Sword and Shield, was heavily criticized for the ways the company cut corners, lacked quality, and made a lackluster and uninspired game. Again, typical Pokémon affair.

What is clear though is that a new entry in the mainline series without improvements from Legends Arceus will not cut it anymore. Fans have finally received a game that makes Pokémon feel fresh and fun.

But how exactly these Legend Arceus changes will be melded, incorporated, and included into the next game remains unclear. But let’s hope that in spite of nostalgia, marketing, and the many faults Legends Arceus does have as a game, the Pokémon Company continues in this direction.

The Future Of Pokémon After Legends Arceus Remains Unclear