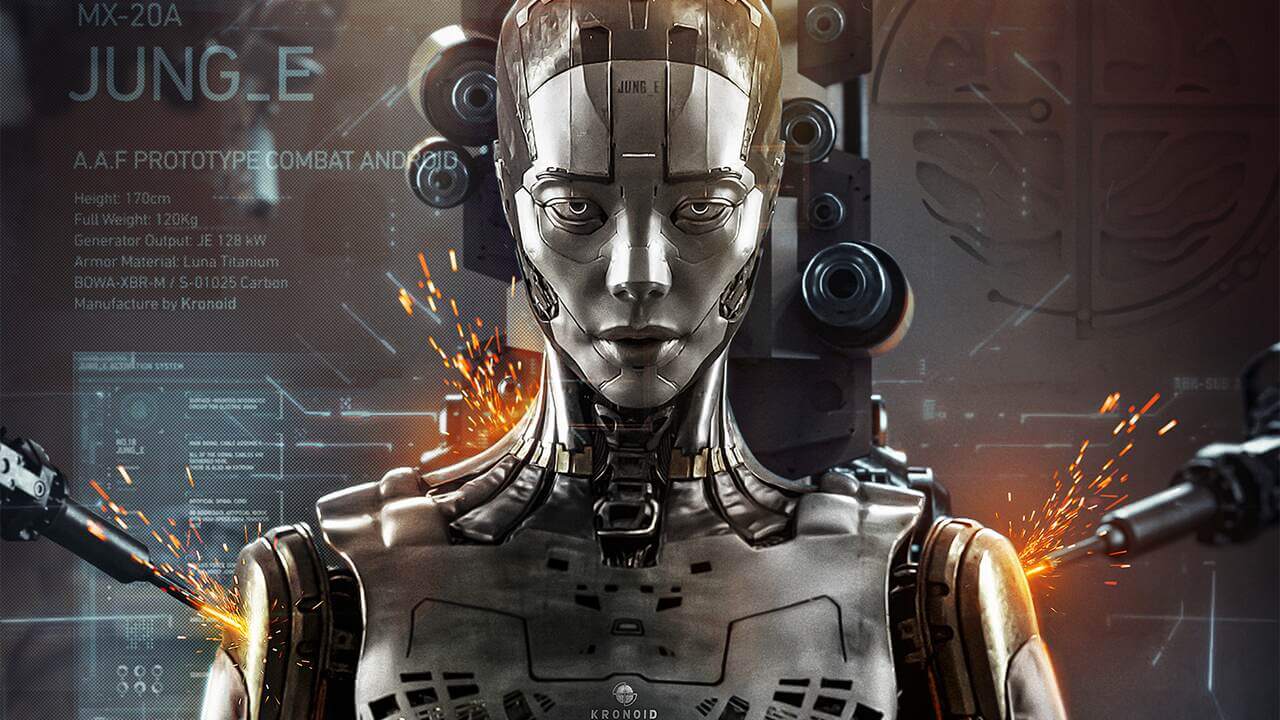 If you loved Train to Busan (so basically, if you’ve seen it) you might want to keep your Netflix subscription up because the director Yeon Sang-ho is coming back with a new movie.

Jung_E is the newest Yeon Sang-ho movie debuting on Netflix, a scifi story with a seriously scary AI.

The first Jung_E trailer does a fine job at getting you hyped for the movie. The small description it has says “Release of Kronoid Lab. Most advanced A.I. combat warrior”, which isn’t much to go on.

Fortunately, Netflix also released a small teaser about the plot.

“In a post-apocalyptic 22nd century, a researcher at an AI lab leads the effort to end a civil war by cloning the brain of a heroic soldier—her mother.”

Look for the new Yeong Sang-ho movie on January 20, 2023 on Netflix. This is probably the biggest premiere of the month in streaming, at least for scifi. We rounded up all the new scifi movies in 2023, both franchises and original ideas, so you can get an idea of the schedule.

The movie Jung_E features the last performance of Kang Soo-yeon, one of Korea’s most famous stars, who tragically passed away  earlier this year. She played Seohyun, the leader of the institute that developed brain cloning and kickstarted the story of Jung_E.

Kim Hyun-joo, an acclaimed actress, will play Jung_E, as a former leader of the Allied Forces and the person who undergoes a brain cloning experiment.

Ryu-Kyung-soo is also listed in the cast as Sang-Hoon, the director of the institute performing the experiment.

Both actors also appeared in Hellbound, about which we raved extensively in the past.

If you watched Train to Busan but want some more adrenaline from this director, do give the series Hellbound a chance too. Not only does it have two of the actors in Jung_E but it’s also one of the best Netflix shows in recent years.

This insane TV show premiered last year on Netflix and followed a world where randomly angels would show up and tell someone they’re cursed to go to hell on a certain day. On that day, the “angels” would come and violently drag the person to hell.

It sounds a bit silly but this is one amazing series, perfect for those who love movies like Constantine or want some more high-stakes series like Squid Game.