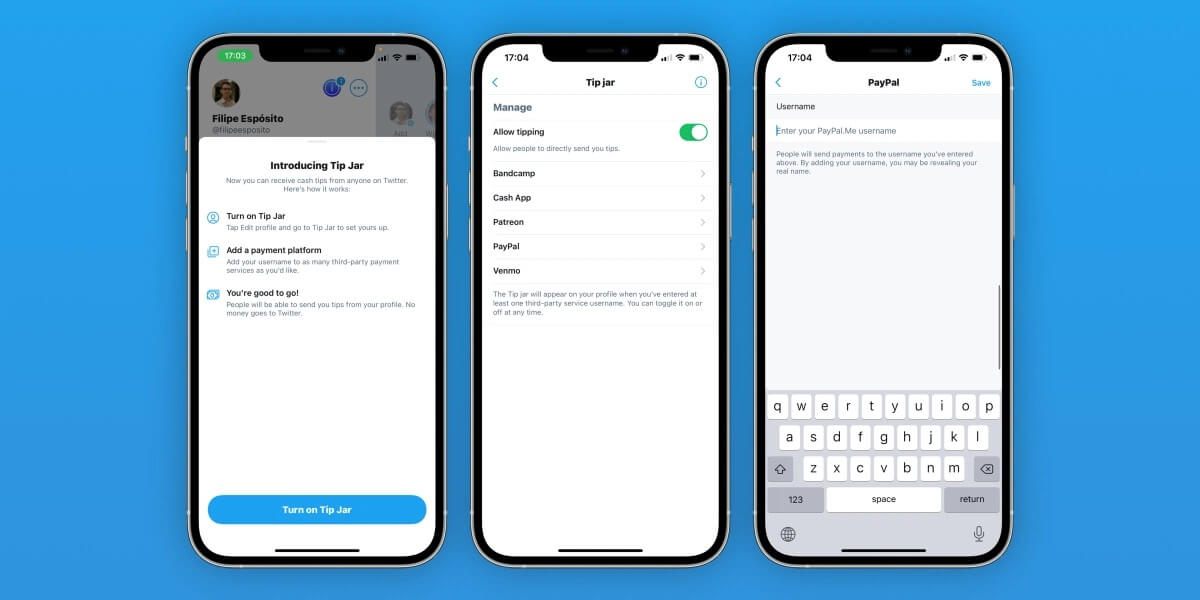 Instagram and YouTube aren’t the only platforms looking to retain their valued creators by giving them ways to make a living out of it. Twitter is the latest to help content creators make money, including digital ones. The company just confirmed it would allow Bitcoin payments.

The Tip Jar feature Twitter added to their platform, which gives users a way to support their favorite content creators, worked with PayPal, Patreon, Venmo, Bandcamp, and Cash App. Now, Bitcoin will join those ranks.

Leakster and app developer Alessandro Paluzzi broke the news by sharing a photo of how content creators will be notified about incoming Bitcoin tips.

Twitter will use Strike and The Lightning Network to make it all work. The first service will help generate invoices of the Bicoin tips while the Lightning Network is a way to speed up the process, making the payments faster with lower fees than the primary network suggests.

Another feature meant to help influencers monetize their content just launched. Super Follow is letting US and Canada users to pay for access to special content from creators otherwise closed to the general public.

The feature is set to come to other regions in the following months.