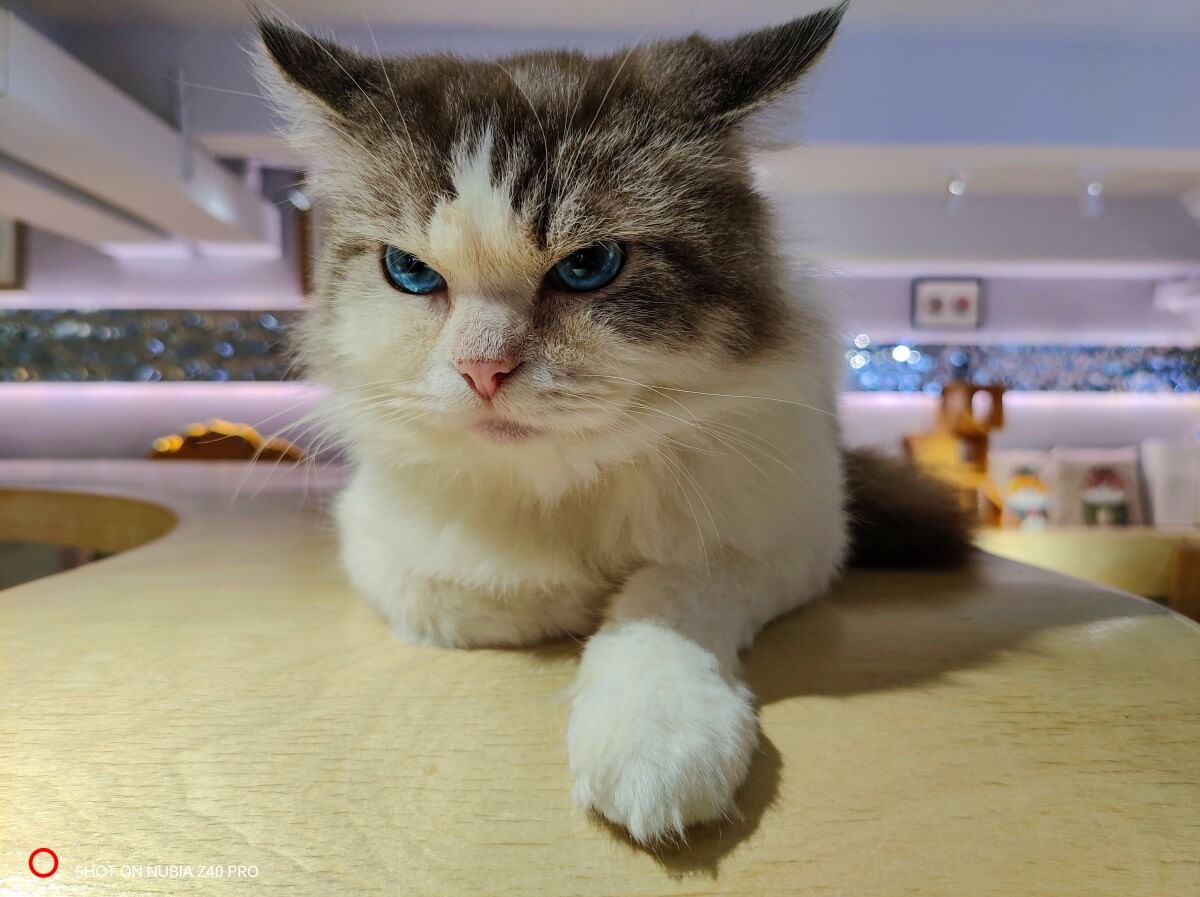 Info about ZTE’s future flagship smartphone, the Nubia Z40 Pro, has been popping up in the last few days, hinting at an imminent launch.

Nubia executive Ni Fei previously stated that the device will feature a Sony IMX787 sensor, combined with a 35mm lens. It will have an f/1.6 aperture, allowing it to collect 80% more light, will provide 35% less visual distortion and a 78% increase in image sharpness.

To further drive his statements home and demonstrate the performance Nubia Z40 Pro’s camera system is capable of, Fei shared a photo taken with the phone on Chinese microblogging website Weibo.

The image in question is a portrait of a rather disgruntled-looking cat with a blurry bokeh effect in the background.

Other than his previous comments, the company has been pretty quiet regarding the phone’s specs but we expect it to feature a 6.8-inch AMOLED display with a variable refresh rate of 120Hz, an under-display fingerprint scanner and a 4,500mAh or a 5,000mAh battery.

Based on some recent Geekbench benchmark tests, this battery is expected to come with 120W fast charging support and an estimated full charge in around 15 minutes.

Nubia Red Magic 7: The Secret Weapon That Could Destroy the Competition

The phone will be powered by Qualcomm’s Snapdragon 8 Gen1, the successor to last year’s overwhelmingly well-received Snapdragon 888. The device will have 16GB RAM and around 512GB of storage.
According to ZTE, the phone will be capable of 300 times more heat dissipation as well.

Nubia will most likely start confirming more specs and features in the coming days, so we’ll have to be patient and wait for any announcements before taking some of the specs above for granted.