Apple M1X - What You Need to Know About Apple's CPU - TechTheLead 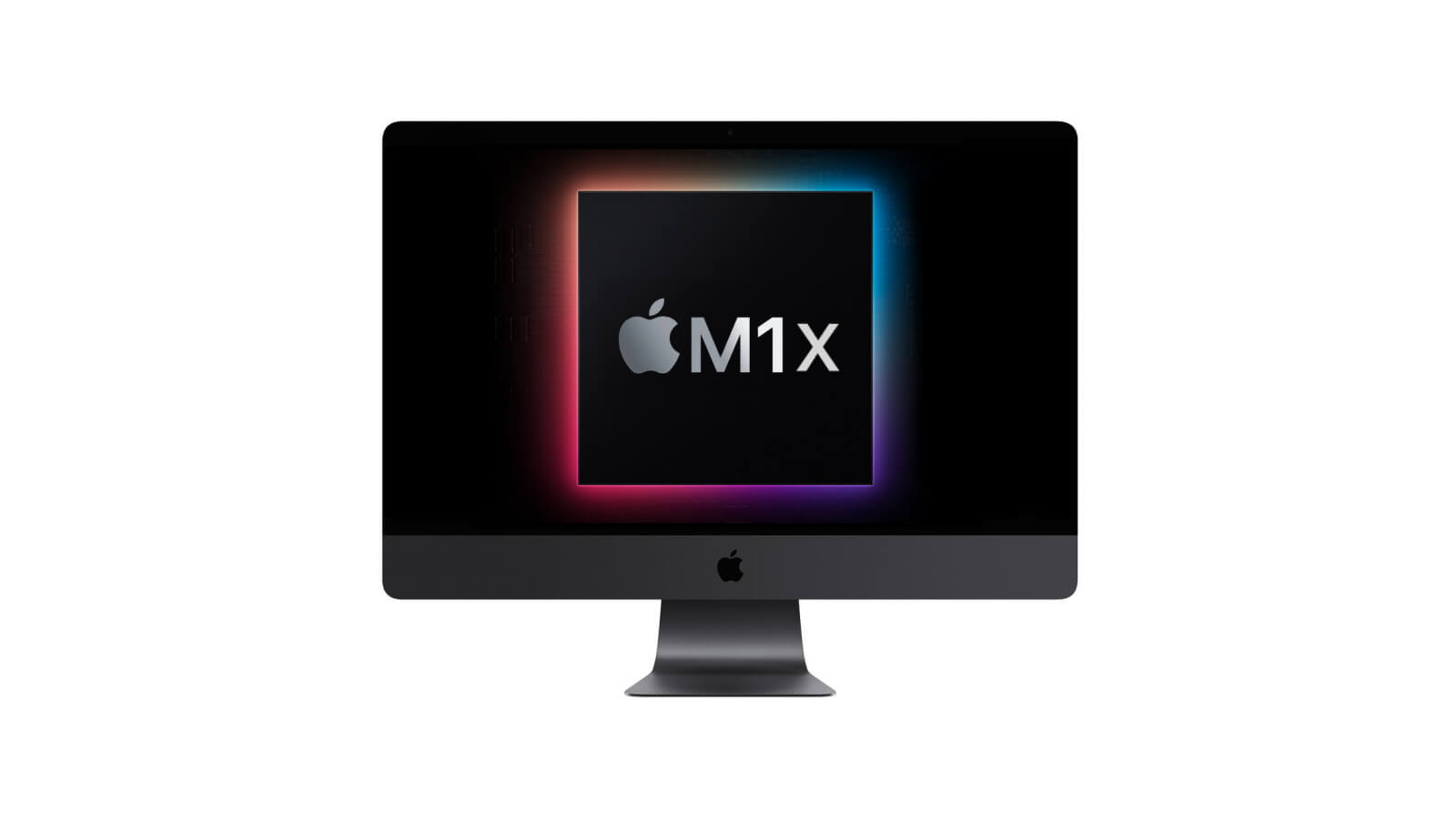 Apple M1X – What You Need to Know About Apple’s CPU

What is the Apple M1X and why is it the most anticipated CPU?

From the M1X specs to rumors, leaks, the M1X Mac Mini and the 2021 MacBook Pro with a new processor, here is what you need to know about Apple Silicon and its latest iteration.

Right now, the only available Apple Silicon is the Apple M1, an 8-core CPU, but the rumor mill has been churning plenty of information about the next generation model, the Apple M1X, which will launch in 2021 and be followed by the Apple M2 in 2022.

Most reports are saying that the Apple M1X will be available in 16-core and even 32-core options.

“The M1X is an extension of the M1 that will contain more thunderbolt channels, cpu cores, gpu cores, multiple external monitor support, and greater power draw. These devices will both feature a 1080p webcam, SD card reader, three thunderbolt usb c ports, an updated MagSafe port, and an HDMI port,” said iOS developer @Dylandkt, who also predicted correctly that this year’s iPads would have the M1 chip.

According to famous YouTuber Dave2D, the M1X Apple Silicon with a 32-core GPU could be as powerful as a GeForce RTX 3070 laptop GPU while consuming less than half the power of one.

Released in late 2020, the Apple M1 chip has been competing fiercely with Intel’s GPUs. Right now, it’s powering the new iMac, the 13-inch MacBook Pro, the MacBook Air and the new Mac Mini.

Powered by it, the 2020 MacBook Air essentially left Windows machines in the dust and Apple played up the benefits.

Obviously, with the success of the M1 and WWDC 21 being held, most people expected to find out more about the follow-up to the M1 and hoped for an M1X teaser.

Still, Apple chose to dedicate this year’s WWDC to iOS 15 and other software improvements – not a peak on the hardware side.

Until the company releases more details, here’s all the relevant reports we have so far.

A few days before WWDC, which started on June 7, famous tipster Jon Prosser posted a render of the new M1X Mac Mini.

Considering the Mac Mini available on sale now uses Intel’s CPU, most expected Apple to announce a replacement at WWDC.

Jon Prosser based the image on all of the rumors regarding the new Mac, which reportedly has 12 CPU cores and clocks at 3.2 GHz.

Prosser’s M1X Mac Mini has plexiglass on the top panel, instead of the usual aluminum, so that Apple can launch two-toned models like the recent iMacs.

So, is this Mac Mini render reliable?

You be the judge.

Apple said nothing about it and even Jon Prosser hilariously admitted on Twitter that his WWDC predictions are mostly misses, not hits.

It’s the same story with the 2021 MacBook Pro with M1X. Ahead of WWDC, most reputable outlets, including 9to5Mac, expected to see it revealed – and Apple kept quiet.

@LeaksApplePro said that, if you’re on the market for the next Apple iMac Pro, you’ll have the option to buy “different processor options, starting at 10 cores and going up to 32”.

As for the new MacBook Pros, a 9to5Mac report quoted a source with “a decent track record” that they will use the Apple M1X and not the Apple M2.

Almost the same info appeared in Bloomberg as well, though that outlet didn’t name the chipset and focused on specs alone.

“For the new MacBook Pros, Apple is planning two different chips, codenamed Jade C-Chop and Jade C-Die: both include eight high-performance cores and two energy-efficient cores for a total of 10, but will be offered in either 16 or 32 graphics core variations […]

The new chips differ from the M1’s design, which has four high-performance cores, four energy-efficient cores and eight graphics cores in the current 13-inch MacBook Pro.

The chips also include up to 64 gigabytes of memory versus a maximum of 16 on the M1. They’ll have an improved Neural Engine, which processes machine-learning tasks, and enable the addition of more Thunderbolt ports, which let users sync data and connect to external devices, than the two on the current M1 MacBook Pro,” said the Bloomberg report.

On Twitter, iOS developer Dylandkt claimed the new MacBook Pro 14 inch and 16 inch models will not have the MacBook Pro logo. Instead, the bezels will be a lot slimmer and the design similar to the iPad Pro with flat edges.

Other reports claim that the new MacBook Pros will come not just with the Apple M1X but also feature radically different hardware.

Respected Apple analyst Ming-Chi Kuo told his investors that the new MacBook Pro models will have a flat-edged design “similar to the iPhone 12” and that Apple will remove the OLED Touch Bar in favor of physical function keys.

Kuo also says that the new laptops will have additional ports, including HDMI, and that they’ll have the MagSafe charging connector design.

“1. The two new models are equipped with about 14-inch and 16-inch displays, respectively.

Since most reports expected Apple to announce the M1X at WWDC and that obviously didn’t happen, there’s no M1X confirmed benchmarks.

We have this leak from CPU Monkey from back in February, which claims that the M1X could offer up to double the graphics performance of the M1.

The benchmark compared the original M1 with its 8-core GPU and 128 execution units with the M1X CPU, which will reportedly come with 12 CPU cores, divided into 8 high-performance ‘Firestorm’ cores and 4 efficient ‘Ice Storm cores.’

You can read more about that M1X benchmark here but keep in mind, nothing is set in stone yet.

Ready for the big battle between Apple and Intel?

The companies have been taking potshots at each other for a while now, and M1X vs i9 is likely to be the biggest battle of them all.

We certainly look forward to what Intel has to say, since that company literally has no chill in this fight.

Then, they went all out to slam Macs with ARM-based M1 chips

Ready for the big battle between Apple and Intel?

The companies have been taking potshots at each other for a while now, and M1X vs i9 is likely to be the biggest battle of them all.

We certainly look forward to what Intel has to say, since that company literally has no chill in this fight.

First, Intel announced that the Mac guy, aka famous actor Justing Long, now works for Intel. In one video, Long vigorously agreed with the statement that “No one really games on a Mac”, which is factually true but still in somewhat bad taste.

Then, Intel went all out to slam Macs with ARM-based M1 chips on social media.

One Tweet said “if you can flip through Photoshop thumbnails with your actual thumb, you’re not on a Mac. Go Pc.”

Who knows, maybe for the M1X vs i9 showdown, Apple will take the gloves off!

In any case, we look forward to actually seeing the M1X officially.

Stay tuned, we’ll keep you updated with any new reports about the new Apple Silicon.

Apple M1X – What You Need to Know About Apple’s CPU