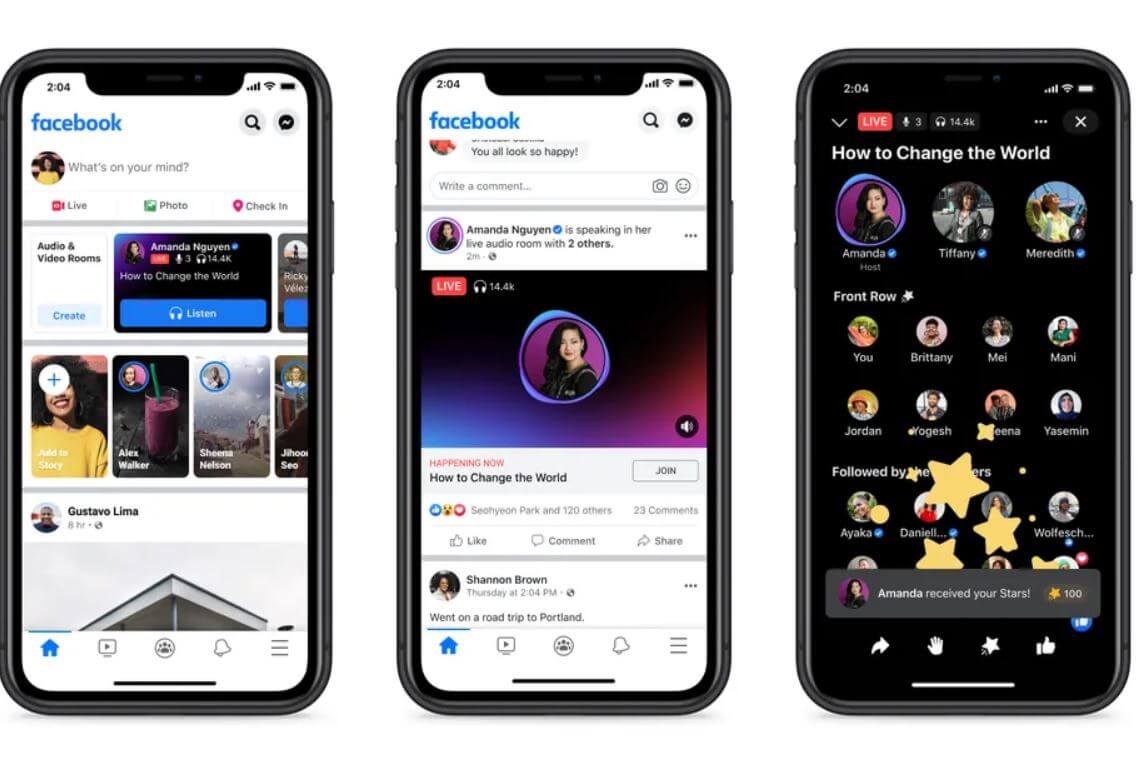 Clubhouse, the latest app that caught the attention of media people, influencers, and thought leaders like Elon Musk, has been challenged by Facebook. Mark Zuckerberg‘s recent service, Live Audio Rooms, is rolling out in the US today but it’s unclear whether this launch comes with a “fatality” or whether it will be a longer fight with an uncertain winner.

As Snapchat did for Instagram, Clubhouse is doing to Live Audio Rooms but other audio-based social media apps, as well. Snapchat’s filters inspired Instagram to work harder for its audience and the feature really took off on the now-Facebook-owned app.

It seems that it’s now Clubhouse’s turn to do the same for Live Audio Rooms. Just like Clubhouse, Facebook’s new space is inviting US-based public figures to an open chat that their users can join anytime. The difference here is that users can do it through the original Facebook app, be it from iOS or Android.

Up to 50 people can speak at once and, unlike Clubhouse, Facebook won’t put a limit on the number of members of a room. Live captions will be available, something that Twitter Spaces offers but the OG of them all, Clubhouse, doesn’t.

The basic rules will be applied in Live Audio Rooms, too. Private group chats will be restricted to members while public ones will be accessible to everyone. Donations, something Facebook has encouraged through the main app so far, will be available during the conversations, with hosts directing those who joined to donate in-chat directly. Again, Clubhouse doesn’t allow that.

Is Facebook’s Live Audio Rooms here to address every complaint Clubhouse ever received? Pretty much!

But Facebook hasn’t thought only of Clubhouse and how to outdo them. They’ve also taken into account Spotify’s Greenroom, Reddit Talk, and Twitter Spaces. Therefore, Live Audio Rooms will support podcast listening with shows popping up on creators’ Pages as well as in the News Feed. Users will be able to comment, bookmark, share and react to them.

Finally, who should you expect to see on Live Audio Rooms? If Clubhouse got you access to brilliant minds from Sillicon Valley, Facebook will host musicians like D Smoke and Kehlani, media people like Joe Budden or DeRay Mckesson and even athletes such as Russell Wilson, and Omareloff.

Knowing all that, what do you think: will it be fatality? Or can Clubhouse maintain its appeal among the throng of audio apps coming out?