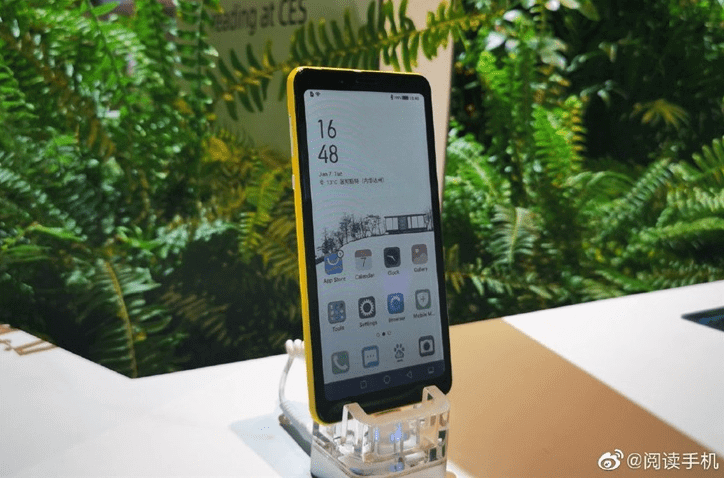 Recent times have seen smartphone manufacturers putting a lot of effort into building displays with better refresh rates, high resolution, and bright and vivid colors. These are key features for modern smartphones and many consumers consider them decisive when choosing a device.

However, China-based company Hisense has a different approach. SlashGear reports Hisense is releasing a colorful E-ink display (electronic paper display) smartphone next week. The upcoming device will be able to display 4,096 colors, which is a huge difference from older E-ink displays that are usually colorless (grayscale). However, it’s not in the same league with LCDs and OLEDs which can display millions of colors.

E-ink displays have been seen on smartphones before but as secondary always-on displays.

The few advantages this technology has to offer is that it doesn’t require too much power, so devices last longer on one charge. Secondly, it’s easy on the eyes so it’s great for reading books or comics.

Unfortunately, the slow display refresh rate of the phone makes it impossible to comfortably watch a video or play a game on it.

The Hisense E-ink (not the official name) was first revealed at CES 2020 and it will be officially launched on April 23.