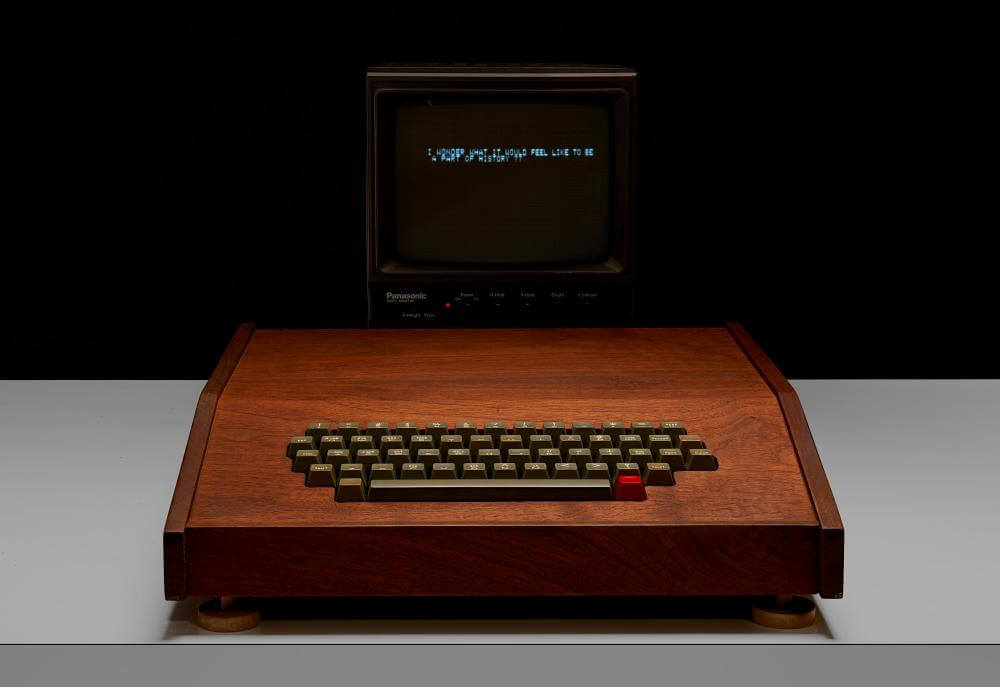 See, folks, this is exactly why people get started on hoarding old tech in the attic!

Yet another old Apple-1 computer turned out to be a fortune for its owner. A rare, fully functional wooden case Apple-1 PC just sold for $500,000 at an auction this week in California.

The computer, one of 200 built by Apple co-founder Steve Wozniak as a bare circuit board to be sold as a kit for hobbyists, is one of the rarest tech collectibles ever.

“175 of them were sold for $666.66, a figure that catered to Wozniak’s love of repeating numbers,” explain the auctioneers.

“This is kind of the holy grail for vintage electronics and computer tech collectors,” Apple-1 expert Corey Cohen told the Los Angeles Times.

This particular model is one of 50 fully-assembled pieces that Steve Jobs sold to a California-based retailer called The Byte Shop. That retailer added the koa wood case on six of those, and what you see in the image is one of those models.

World’s First Apple Museum to Open With $7,499 Mac and Other 322 Items on Display

“The wooden case that houses this computer is made from Koa wood. In the 1970s, Koa wood was abundant and easily accessible, especially on the west coast because it was native to Hawaii, but due to cattle grazing and extensive logging, the Koa tree is now considered much rarer and more expensive,” says the official description.

It belonged to a college professor first, who sold it to his student for $650, a price that included Apple software on two cassette tapes. Another Apple-1 computer like this was actually on sale for $1.5 million!