Apple vs. Samsung: Who is More Eco Friendly? 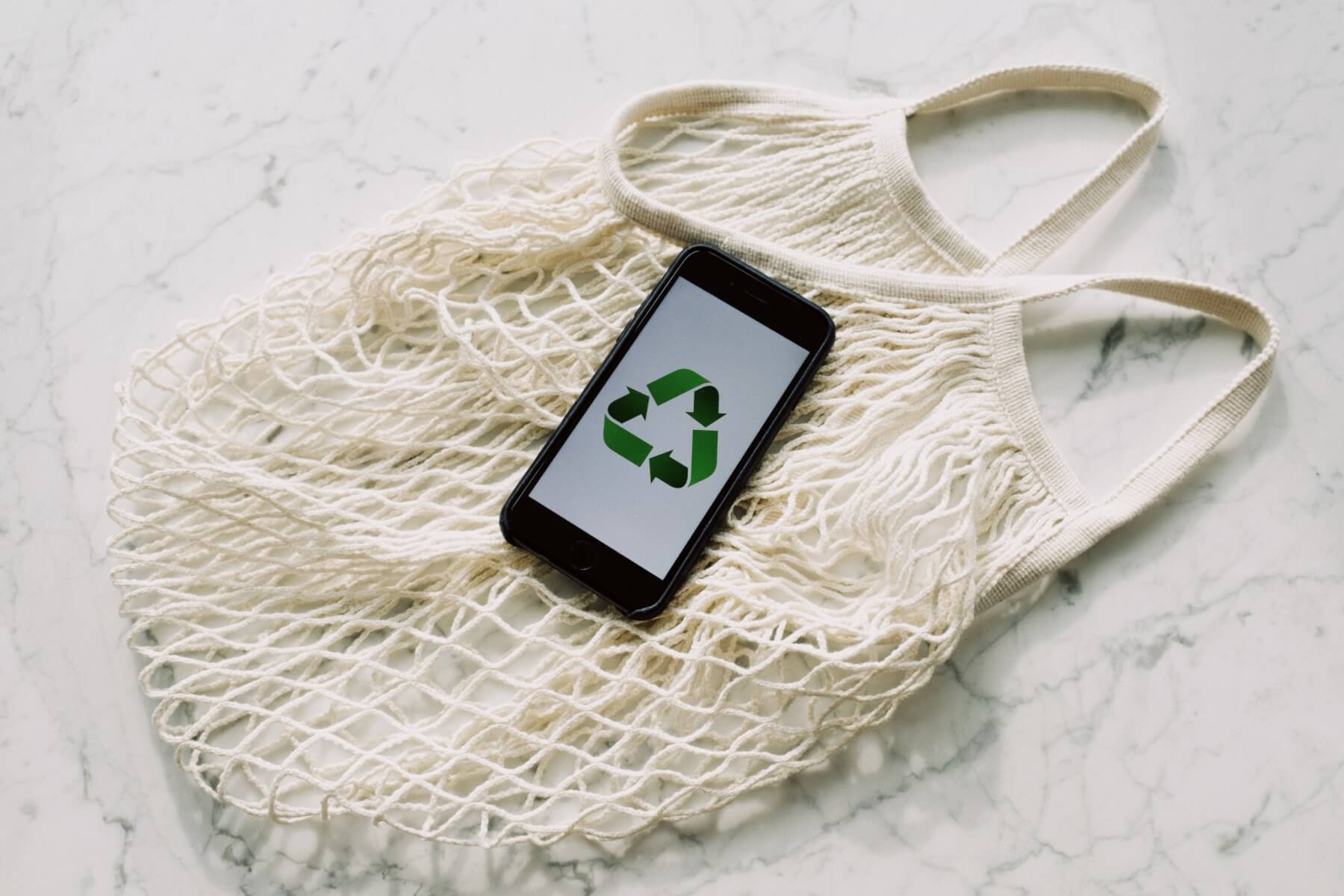 There has been a lot of talk about electronic waste in the past couple of years. While some people have had enough of hearing about this debate, the fact remains that we are facing an ever-increasing problem: even companies like Apple and Samsung have now acknowledged and started to work on via recycling programs, and more.

After all, according to earth911, we have collectively discarded 53.6 million tons of electronic waste in just 2019 alone. Out of all that, only 17.4% of it was recycled.

By recycling a million cell phones, for example, we can recover 35,274 pounds of copper, 772 pounds of silver, 75 pounds of gold and 33 pounds of palladium. Recycling circuit boards is even better, as one ton of circuit boards contains around 40 to 800 times more gold than you’d get mining one metric ton of ore.

Recycling Smartphones: Why Do It, And How

As you can already tell, recycling electronic waste will definitely do us more good than bad.

If you are considering changing your smartphone or simply want to know which company is best to spend your money on in general, we’ve collected some information about Samsung and Apple’s eco efforts, to hopefully help you make the choice that feels best for you.

The Cupertino company has been putting the environment as its top priority and Apple CEO Tim Cook has confirmed during a 2021 event that Apple aims to make future iPhones out of 100% recycled materials.

So far, Apple has been doing its part, bit by bit: 40% of the aluminum used for manufacturing Mac computers is recycled. The iPhone 12 series also contains 98% recycled rare earth metals.

One of the company’s most interesting innovations are its recycling robots, affectionately known as Daisy and Save, who disassembles iPhones by itself and recover components like magnets, tungsten and steel.

The company has also announced that it plans to bring all its suppliers to a zero emissions target by 2030 and that, at that time, every device sold by Apple will have zero impact on the climate.

It will be reducing the emissions of partner companies by at least 75% in the coming years, while the remaining 25% will be cleaned up by state-of-the-art technologies as well as operations that are currently underway.

Among them there is the rebuilding of a savannah in Kenya and a mangrove ecosystem in Colombia. Overall, Apple has managed to protect and improve the conditions of more than 1 million acres of forest from all over the world including the aforementioned Kenya and Colombia as well as the USA and China.

We have to mention however that the commitment of these partner companies has only been made regarding components built for Apple.

Even so, this move will equal, more or less, around 3.4 million fewer cars on the road every year.

Apple also has established a fund called the Impact Accelerator, which invests in Black and Bown-owned businesses. 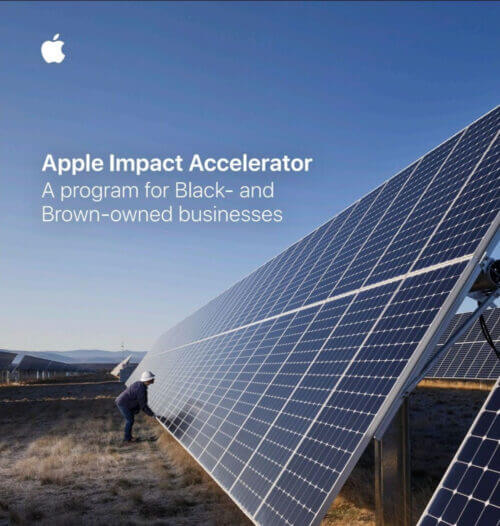 Last but not least, Apple said that it has started work on one of the largest electricity storage projects in the country: the Apple Battery Energy Storage System, created in partnership with Tesla, who supplies the company with 85 of its Megapack battery units.

Samsung also recognizes that it has a role to play in delivering solutions for the present and future generations, in the shape of sustainable goals.

On the list of what the company has planned to achieve by 2025 we can find investments in eco-conscious materials, completely eliminating plastic from product packaging, reducing standby power and diverting electronic waste.

So far, the company has eliminated almost all plastic (save for recycled plastic) from the packaging of the Galaxy S22 line.

Of course, Samsung also plans to achieve zero waste going into landfills from its mobile work sites, all by 2025.

One of the first places Samsung looked towards was the ocean, more specifically, the discarded fishing nets, which also make out a large portion of ocean waste, reaching around 640,000 tons per year.

These abandoned nets pose a risk for marine life, they ruin coral reefs and natural habitats and might also end up in our own sources of food. So Samsung has focused on recycling them into useful items for its Galaxy products. 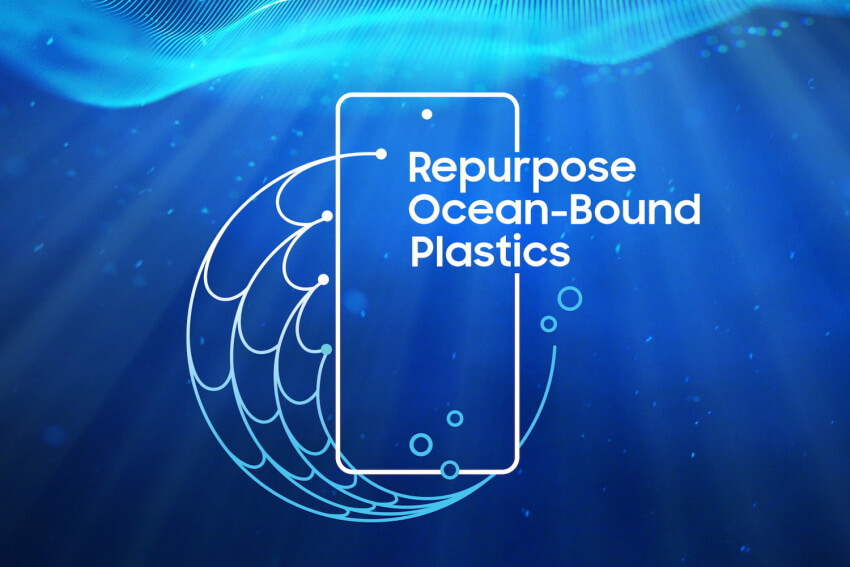 This waste has been turned into key brackets for the Galaxy S22 and the inner cover of the S Pen.

Samsung has also created an initiative called “Eco Recycling” in 2010, which saw special containers installed in Samsung service centers in Russia for collecting used smartphones, tablets and other electronics.

A similar program, called “School of Recycling: Electronics” was launched in Russian schools, in conjunction with the Foundation for Environmental Management.

In addition to raising ecological awareness, the program, which was set up in 400 schools, also held ecology classes.

Up to this date, the project has collected over 500 tons of electronic waste.

Samsung has also made efforts to reclaim and reuse synthetic resins, which would have normally been incinerated. While incinerating them would have avoided them ending up in landfills, it also meant that they would produce significant air pollution.

At the beginning of 2022, the company announced that one of its goals for the year is to plant two million trees in Madagascar in a reforestation effort.

This will restore around 200 hectares of land and ensure around one billion pounds of CO2 over a 25-year period.

Estonian University Proposes Robots As A Solution To Plant Forests In Days
Right To Repair: How Do We Make Tech More Sustainable?
Louis Rossmann The Right To Repair Advocate Seeks 6 Million In Founding To Push Initiative