Five Of The Best Rugged Smartphones You Can Purchase In 2021 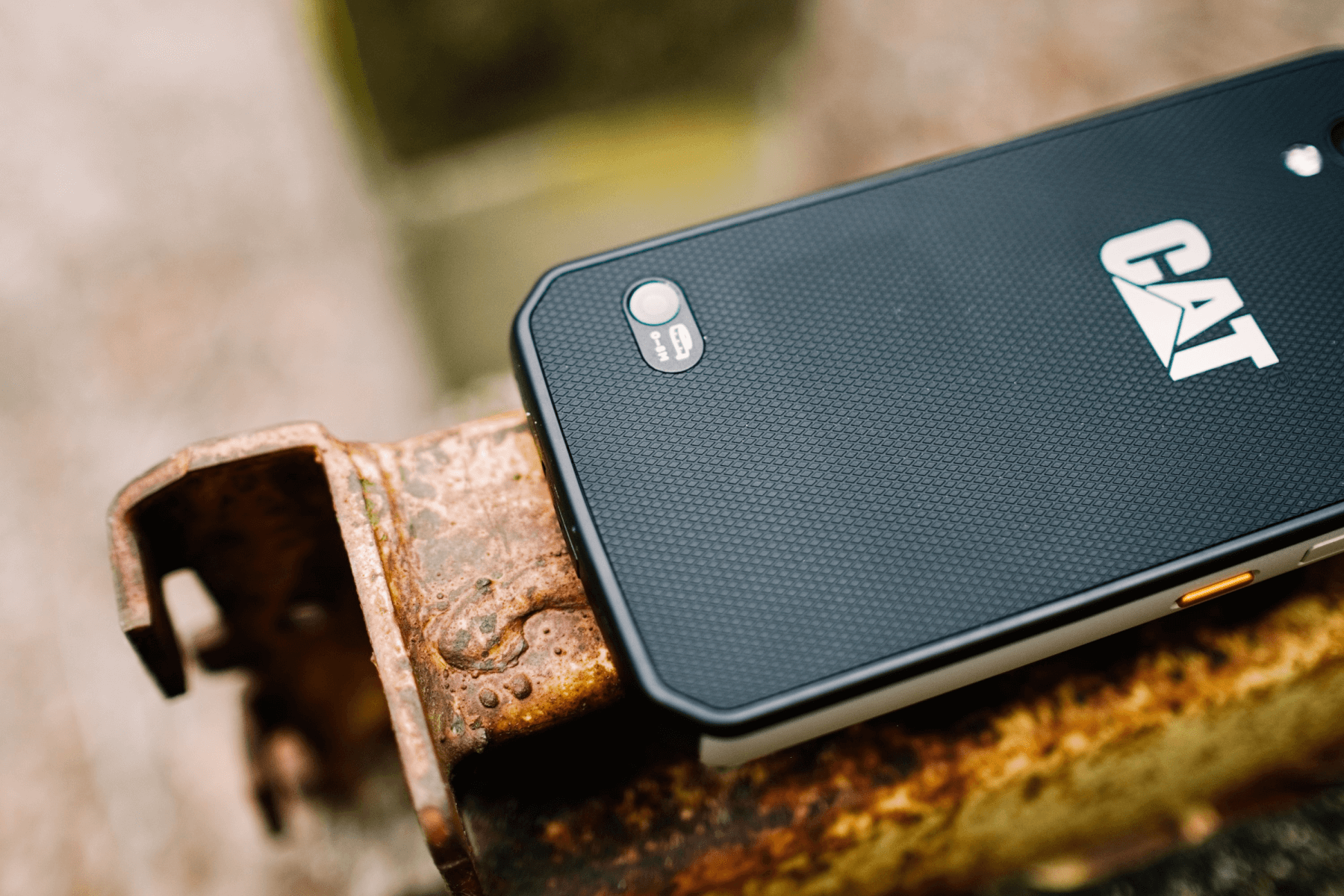 +Five Of The Best Rugged Smartphones You Can Purchase In 2021

You probably haven’t heard of the term ‘rugged smartphone’, unless you happen to work on construction sites or in inhospitable environments, which are the places such devices were designed for. Or if you have, you never really did pay too much attention to them. But maybe you should.

If you’re curious what they’re about or if you are interested in buying one but don’t know which one to choose, we’ve compiled a list for you below.

First things first: what is a rugged smartphone?

Most of them come with screens that are water, dust, scratch and crack resistant and, while they might not necessarily offer photography capabilities worthy of an iPhone or a Pixel, they do offer a degree of reliability most common smartphones don’t.

When they first appeared on the market, they were mainly aimed at miners or rescue teams and didn’t feature any cameras or apps but, as the years passed and technology evolved, they began to slowly try to emulate smartphones to all effects.

Sometimes, these rugged smartphones become the main device for those who have destroyed their previous smartphones several times and have just had enough of buying protective films or tempered glass screen protectors.

They are built not only with work sites or demanding/high risk jobs in mind but also with extreme sports or excursions.

It’s important, of course, when purchasing a rugged smartphone, to make sure the device is certified and comes with a guarantee from the company that the phone will receive constant firmware and operating system updates.

What is meant by ‘rugged smartphone’, exactly?

What sets apart these smartphones from your regular devices out there is everything related to their toughness and reliability.
The manufacturer gives the users the possibility to extend warranty and ensures that, in case of any issues, they will be solved swiftly via a service dedicated to the business.

These devices have to go through specific tests and before purchase, you should make sure that the smartphone has an IP68 certification – this certification is issued by the IEC (International Electrotechnical Commission) and ensures that the device is resistant to dust and water, up to a depth of one meter.

Their shell is also thicker and rarely requires the users to purchase a cover, and are made out of a specific rubber with Military Standard Rugged Phone certification.

This MIL – STD -180G certification is not easy to get however – one of the tests it needs to go through is being dropped from a height of 1.2 meters for over 26 times. There’s plenty more tests in addition to that, that are performed to check against falls, bumps, resistance to vibration and humidity and, of course, water.

For now, rugged smartphones are only available for the Android operating system and they come equipped with a range of sensors and features such as GPS, G-sensor, proximity sensor, ambient light sensor, compass, geomagnetism, gyroscope, barometer, infrared cameras, sound level meters, altimeters and more.

With all that in mind, here’s a few of the best rugged smartphones we can recommend.

A really loud phone you can hear even when operating heavy machinery. An industry-leading thermal camera. Can handle temperatures of even -40° and basically any abuse you can think of short of throwing it in a volcano.

The AGM Glory Pro is one of the best rugged phones we found, with a specs list that makes it the ideal industrial phone. Or, you know, the best phone for clumsy people!

This device is IP68, IP69K & MIL-STD-810H certified, so it can handle the most extreme work environments.

Compared to other rugged smartphones, the Glory Pro offers  2x the resolution and half the reaction time than the other thermal imaging phones in the market, plus superb battery life.

This low-end Amazon Choice is the Blackview , an excellent  indestructible mobile phone with 4G LTE, NFC as well as a 8MP and 5MP camera, Dual Sim and 5.5-inch display. The price tag attached to it is of just around $150.

The device is IP68 certified and has an industrial rubber shell that can withstand impacts and bumps. It comes with a 4,400mAh battery, Face ID and runs on Android 9.0 Pie out of the box.

The phone has 1.4m shock protection and can survive in extreme environments between -30. ° and + 60 °. Its shell protects it from oxidation and corrosion as well.

In addition to all of the above, the Blackview tries to remedy the complaints about the unattractive design of rugged phones and has adopted an  aerodynamic shape, with harmonious curves.

Cat is by far one of the most well-known names in the rugged smartphone industry – its devices have always stood out for their waterproof, robust, dust-proof and drop-resistant capabilities. After all, it’s normal that a company that produces vehicles, bulldozers and industrial machinery has also thought about the people who use them.

Cat collaborated with Bullitt Mobile to create a smartphone that offers excellent performance while still providing the toughness needed for a rugged device.

This smartphone however, costs around $925, which might be a little prohibitive for some. However, it does offer some features that might be useful for those who work on construction sites and more; for example Cat also collaborated with FLIR on this device and thanks to that it features a laser meter to calculate distances, an  indoor air quality meter  or a  built-in thermal camera  that helps track down any heat loss.

In addition to that the device also has augmented reality applications that can help the users make precise measurements or find out the amount of material needed to finish a job.

If you want a smaller rugged device, then the Atom is the one for you. Small enough to fit in the palm of your hand, with a price tag of around $290, this smartphone is mightier than it might seem at first glance.

On the downside, the device doesn’t have a way to expand its memory of 64GB but it operates on Android 8.1 and has an Octa Core 2GH chipset under the hood, which makes it surprisingly fast.

Camera-wise, there is a 16MP camera on the back and an 8MP selfie snapper. Atom’s other features include NFC, GPS, a 3.5mm headphone jack, a PTT button and a fingerprint reader.

Ulefone is already known for its range of  rugged work phones , but with the Armor 6E model it has really outdone itself thanks to the perfect combination of functionality and design.

This phone is truly the top in terms of resistance thanks to the metal reinforcement bars on the sides and its rubber shell. It has excellent grip resistance and sand protection, according to most reviews.

It costs around $350, but it can be found for cheaper on different online retailer websites.

The Armor 6E has IP68, IP69K and MIL-STD-810G certifications, a Media Tek Helio P70 chipset under the hood, a 16 + 2MP camera combination on the back and an 8MP selfie snapper on the front. It has an oleophobic coating on the screen and a Corning Gorilla Glass layer.
It runs Android 8.1 out of the box.

The Armos 6E has a translator software, notepad, a barometer and a UV sensor as well as a toolbag that contains around other 11 useful apps.

This device is probably the closest you’ll get to a rugged phone that resembles regular smartphones in terms of software. It comes with a price tag of $350 in Army Green, Fire Orange and Mineral Black color options as well.

It has a mammoth battery of 10,000mAh which the company says will last for up to 470 hours in standby mode.

Of course, it comes with a IP68/IP69K rating and other features include a compass, a height measurement app and a magnifier.

+Five Of The Best Rugged Smartphones You Can Purchase In 2021