Early January doesn’t seem like the time to go looking for an ice-cream van but that’s exactly what we’re going to do at CES 2020, just to show you what an EV version of it is like!

Nissan introduced the e-NV200 electric van this summer in Scotland, modified to be the dream car of every kid around the block, and now they’re bringing it to CES too!

The zero-emissions ice-cream van has a 40-KW battery to move around.

The refrigerator, freezer drawer and soft-serve machine are powered by a Nissan Energy Roam power pack made from cells from Nissan’s first generation of EVs. 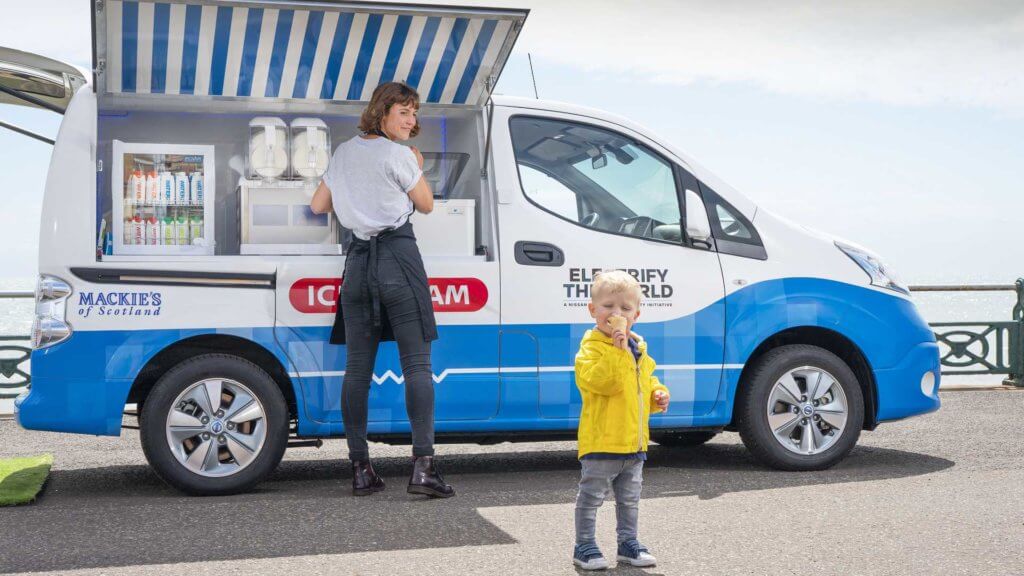 Then, there’s a solar panel on top of the van to charge those cells.

The best part of it though?

Hopefully Nissan will keep Mackie’s of Scotland as partners for the ice cream. It’s not just that their vanilla soft serve and chocolate honeycomb are out of this world.

The ice-cream maker is also green-oriented, powering their facilities using only renewable wind and solar energy and exporting 4.5 times more energy to the national power grid than they consume.

With CES just around the corner, we’re pretty excited to see Nissan’s spectacular Ariya concept car and their vision of future mobility (then stop by for a scoop of ice-cream!).